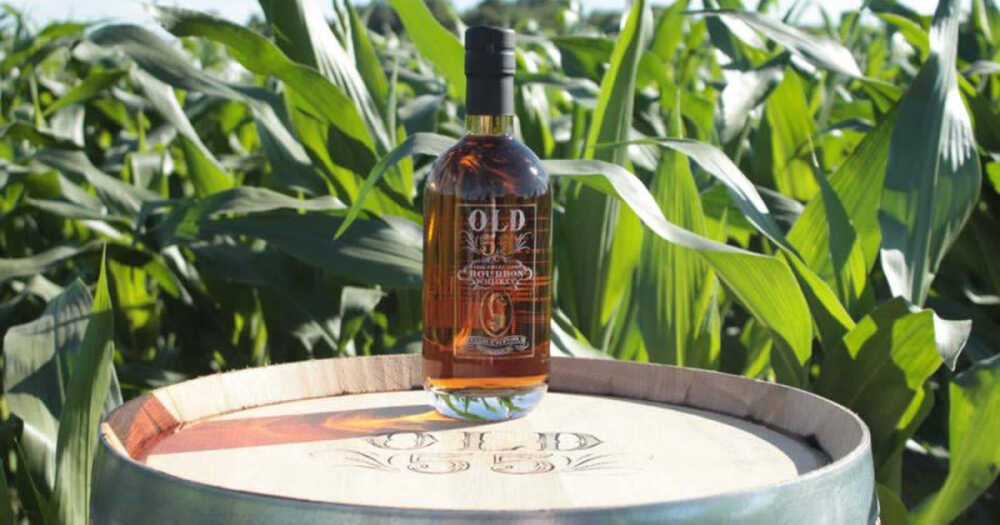 A bottle of Old 55 Distillery's unique bourbon made from 100-percent sweet corn.

A week ago, myself and a couple of buddies from my whiskey group went up north to the town of Newtown. It has fewer than 300 residents in the middle of scenic nowhere.

It is also home to a pretty remarkable operation: a distillery with top-notch whiskey.

Before June or so of last year, I had never heard of Old 55 Distillery. This maybe is odd at first, considering it's an hour away from Greencastle and 30 minutes from Wabash. Granted, it has been just over a year since I got into bourbon and whiskey in general.

I first became aware of Old 55 when Mom bought me a bottle of their single-barrel bourbon from 7th & 70 Liquor over in Terre Haute. Though that one has remained unopened, I did a little digging then into the distillery. I was shocked to find out that it was pretty much in my backyard. With my interest piqued, I wanted to go check it out.

Mom and I got the Beetle out on a Sunday last September and went. I don't want to repeat myself with my recent visit, but I was very much impressed then by what I saw. 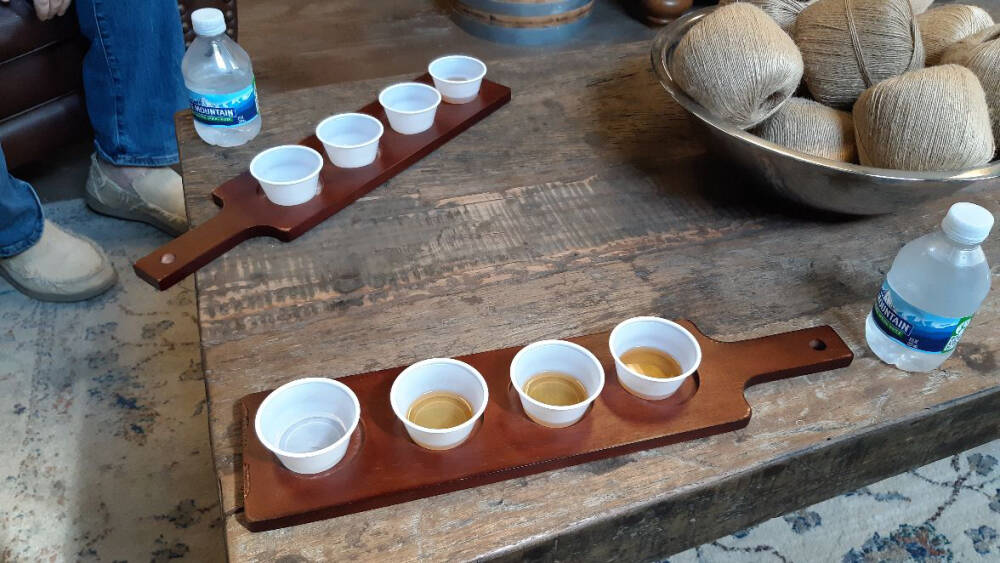 Old 55 has earned considerable street cred, if you will. They have piled on the awards at both the local and national level. It has, more or less, only been through word of mouth. However, how they are able to do it is what really sets this operation apart.

Jason Fruits and his family manage their own farming operation in the area. The distillery is vertically integrated with the corn it produces. It is basically all farm-to-bottle. Old 55 is also the only distillery I can find that makes a bourbon with Indiana sweet corn. It is the definition of a craft operation — but there's something more to it.

It really comes down to the atmosphere and their attitude with making some quality whiskey. They take their product more seriously than themselves. Some may hear about Hoosier hospitality. Hospitality defines Old 55 as a family-centered business.

We were greeted by Maddie, a fluffy Sheepadoodle (I think) and one of the sweetest mascots you'll ever meet. She alone is a reason why you should visit the distillery.

It turned out that everyone else was taking advantage of Groupon deals, and there were quite a few people. We sampled the four main products Old 55 has to offer, including the sweet corn bourbon. Jared has claimed that I have a "well-trained whiskey palate." Even so, I'll leave out the tasting notes. Suffice to say, each is great. 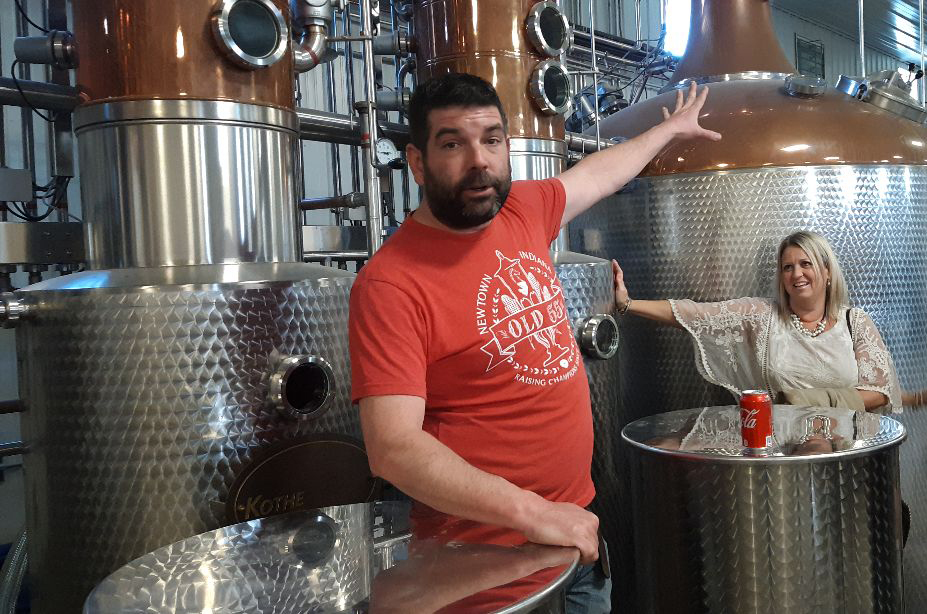 We got a tour of the facility and the equipment from Chris Fruits, who actually gave the same walk-around when Mom and I visited previously. He showed us what I've seen dubbed as the "Ferrari" of custom stills, which was brought over from Germany. It is good old-fashioned know-how, and it was really neat to see everything up-close.

What I appreciate most about Old 55 is their emphasis on transparency. You know what you're getting. Seeing the behind-the-scenes stuff is a part of that. It shows just how much personal effort goes into every bottle. To have that here is pretty darn cool.

There is so much that goes into whiskey that I could try to explain. Chris does it better, though. They appreciate people coming out. Again, it's about honest word of mouth. This is what it takes to prove that good bourbon doesn't only come up from Kentucky.

Old 55 is a gem that more people should be aware of. It is worth the weekend trip to Newtown and showing your support. I know Maddie would be very happy to see you.