What goes into an 'iconic' photo? 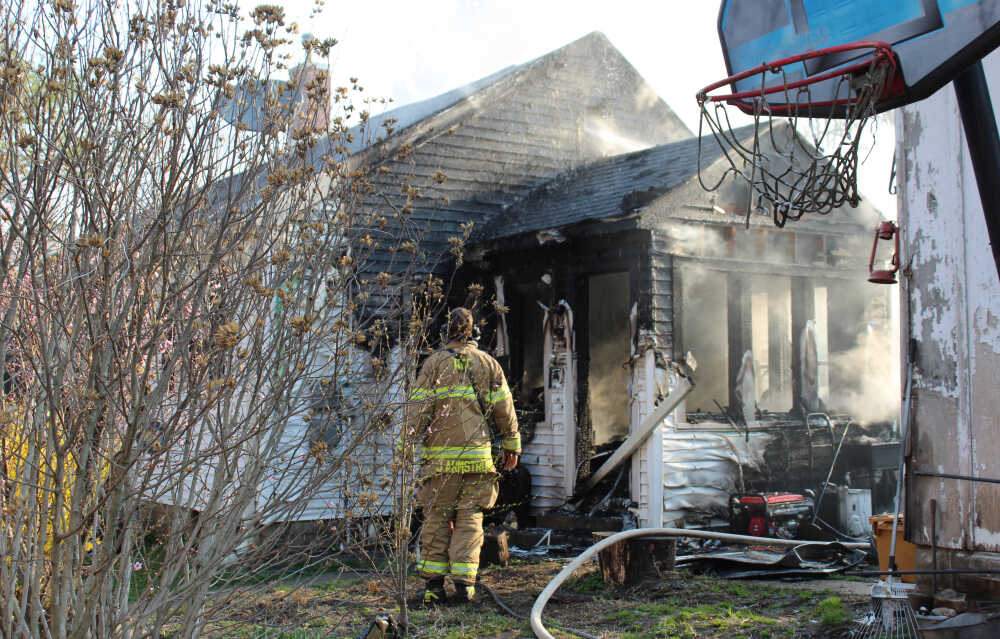 Greencastle firefighter Jake Armstrong surveys the damage from a house fire on April 5. Depending on how someone looks at it, this photo could be "iconic" in some way.

Whether it is a town council meeting or an emergency, I think taking good photos is one of the best parts of reporting. I like to get as close as I can and be in the moment.

It is often about being at the right place at the right time. The camera I use can also be finicky. I have had more than a few great shots marred by motion blur. Sometimes there will be too much "dead space." Somebody's arm will get chopped off. There will always be a few "derp faces." When just one or two might work, it is pretty gratifying.

I was flattered that two Greencastle firefighters used photos I took from a house fire last Monday for their social media accounts. I also appreciate them giving me credit.

Each situation will have its unique obstacles and conditions. I try to mitigate those challenges and get creative with angles and what might be going on around me. This can turn into a lot of running around while trying not to get in everyone else's way. I am always aware of this during higher-stress situations such as fires and car wrecks.

The better photos that I've taken are "iconic" ones representative of a person or event.

These are maybe like those kinds of shots. The one with longtime Youth Development Commission Director Linda Merkel was staged, but was all about her. The other two have the subjects in a habitat, so to speak. Their surroundings help tell their stories.

"Iconic" is a strong word, and I won't brag about my photography skills. Like being a reporter in general, I just do it and adapt to what's going on. Still, what does it mean?

John Loengard, who worked for Life as a photographer from 1961 to 1987, once said iconic images capture an exact moment and can't be repeated. This should be obvious enough, but they will somehow convey the mood and the atmosphere of that moment. Photos also help the reader see an actual place, more so than just saying where it was.

Alfred Eisenstaedt's V-J Day in Times Square, as well as John Filo's photo of Mary Ann Vecchio screaming over Jeffrey Miller's body after the Kent State shootings, stand out. They show the raw emotion amid the action that was happening all around them.

Photos are an essential part of some stories. Indeed, they may be the story. I am still a gatekeeper by giving them context and making a judgment call in the first place on including them. Otherwise, they're all on me; and patience can pay off. This can mean sticking around for a few minutes longer, even if what I've already captured will do.

It means persistence. It is the anticipation of getting that "money shot." The effort is worth it no matter what — though a banged-up kneecap might be involved sometimes.

Photos have become a very fun, even if at times stressful, part of the job for me. They are opportunities to break away from being only concerned with getting facts and quotes. No matter what I'm reporting on, they are when I can trust my gut instincts.

What comes of those instincts may not earn me a Pulitzer Prize anytime soon. All I can do is the best I can with each fire, school board and town council that comes my way.