A little shot in the arm 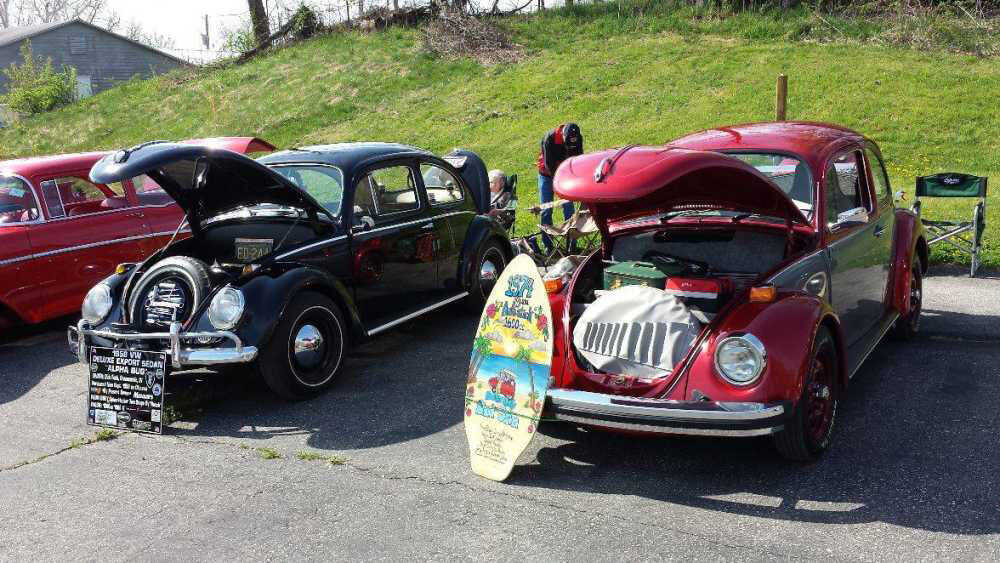 Hanging out at the Mansfield Mushroom Festival car show way back in 2014. This is with the late Dick Funk and his 1958 Beetle.

A week ago now, I got my second and final shot of the Moderna COVID-19 vaccine. Fortunately, this time around was much easier side effects-wise than the first dose.

Being done with the shots feels liberating in a way. I think it is because we are on the cusp of summer. School is winding down now, and the weather surely is warming up. Maybe we're all used to the "new normal,", but things are continuing to get better.

As people get their vaccines, it is becoming more of a reality that we actually have a summer to look forward. To me, that means the excitement of a great car show season.

Cruisin' for a Cure will be the first car show of the year for me. This one will be held at Hummel Park in Plainfield, and all proceeds go to cancer research and Relay for Life in Hendricks County. It is always great for shows to support worthy causes like this.

However, some work has to be done beforehand. Though I didn't get the Beetle out all that much last year, the oil still needs changed. The tires need shined, and it might get a good vacuuming. Then again, though, maybe just getting there is still part of the fun.

The show is scheduled for Saturday, April 24. It will come just as I will be considered fully vaccinated. This may be symbolic to some. Maybe, though, it's just a good thing.

I will be thinking of Dick Funk, the VW mechanic at D&K Beetles who was almost like a surrogate grandfather to me. Tuesday, April 20 marks a year since his passing. There will be a real void at car shows without him being around. However, we'll continue to represent. The Putnam County VW Brigade is also looking ahead to a parade this year.

For information on car shows that are local and farther away, OldCarsOnly.com is a great place to consult. It has lists of shows organized by month. Make a plan for one!

I think I'd speak for all of the classic car people out there that that we're all eager to get this season under way. Remaining vigilant will make sure it will be just part of the fun.