The cicadas in the whirlwind 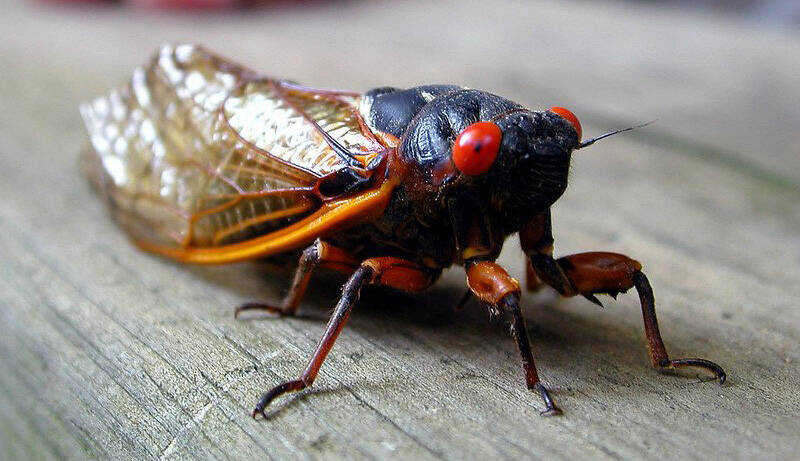 Way back in Spring 2004, I can remember going "camping" with my grandma and late grandpa to Mill Creek Lake near Marshall, Ill. Who knew it would be an adventure.

I actually don't remember too much about the trip itself, except that we took Grandma and Papaw's RV. I can recall the dirt ground and the wooden bench where we parked. These seemingly insignificant details, though, played into why I now hate the cicadas.

However, this wasn't really the adventurous part. The adventurous part was a tornado that came pretty close to us. I can remember the RV shaking as the rain came down in sheets and a flashlight swaying in the dark. I fell asleep somehow in this commotion.

The final thing that I remember from this trip is waking up in the rear bed of the RV as we were coming back into West Terre Haute. We were all apparently still in one piece.

This is the closest I've ever been to a tornado. After doing some research, I found out that this one was part of an outbreak that occurred across Northern Illinois and Central Indiana at the time. One of them, an F3 (approximately 158–206 mph), killed eight people. Grandma told me we got out of the park as soon as daylight came up.

I think that this ordeal has become somewhat of a joke within the Hooper side of my family. Someone even had T-shirts made with something to the effect of "I survived" on them. However, it was the cicadas which perhaps had a more lasting impression.

I have an odd quirk, and I can't explain it other than with examples. If you want to mortify me, put me in a Rainforest Cafe and set a bowl of mac 'n' cheese in front of me. I hated seeing my sister's fish tank (with snails and all) while eating dinner years ago.

I vividly recall the cicada shells just lying on the ground during this trip 17 years ago. I don't remember eating much because they were so disgusting. If I did eat, it was inside the RV. I mean, the photo above of one of these things is enough to make me gag up.

The Brood X cicadas will be emerging from underground soon if they haven't already elsewhere. It would be great for one not to somehow land in my hot dog or coleslaw.