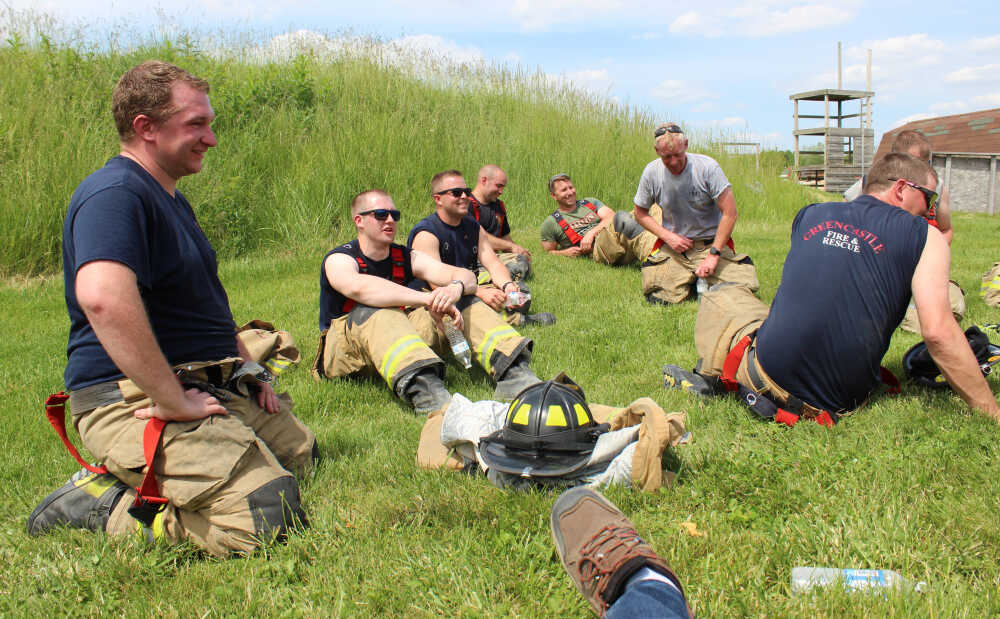 This post was published in the Tuesday, June 1, 2021 edition of the Banner Graphic.

Last weekend, I had the privilege to cover extrication training with firefighters from the Greencastle Fire Department and other local volunteer units. This experience put the work they all do, as well as the challenges they face, much more into perspective.

When Greencastle Fire Asst. Chief Rob Frank invited me to cover this training about three weeks ago, I readily accepted but didn't know what to expect. This is what got me so pumped about it, though. It was good #SmallTownPR for me to be there for the Banner Graphic. There was worth in seeing beyond the fires and the medical runs.

Going into the exercises, I was still wary about being a liability and always getting in the way of everyone and everything. Part of my M.O. initially was to not get all that close. Instead, the instructors and the guys did let me get close. I was the odd one out with the camera trying to grasp the process, but it felt like I was doing it with them.

They all weren't simply tolerant of my running around; they were all gracious about it.

On the whole, I feel that I did exactly that with my article. However, there is a crucial human element of the training I could not really report on objectively. It is one that reinforced the value of good relationships and how important it is for me to be there. While I've talked about this in my Banner blog, I lived it out with this opportunity.

I am still amazed by the quality of the photos I was able to get, with some of them not necessarily showing the work at hand. Here is where I can get at that human element.

I was out there in jeans and a light short-sleeve shirt. Meanwhile, all the guys were tearing into those junk cars in full turnout gear. We all did our thing in temperatures approaching 85 degrees Fahrenheit. Cold water was their and my best friend. We pushed through the heat, nonetheless. We had a job to do. We wouldn't let it stop us.

As GFD Capt. Kyle App put it, they train how they fight and fight how they train. This is why firefighters always have to look out for each other. Everyone has to always be aware of his own limitations so the team's efficiency can be at its absolute maximum. 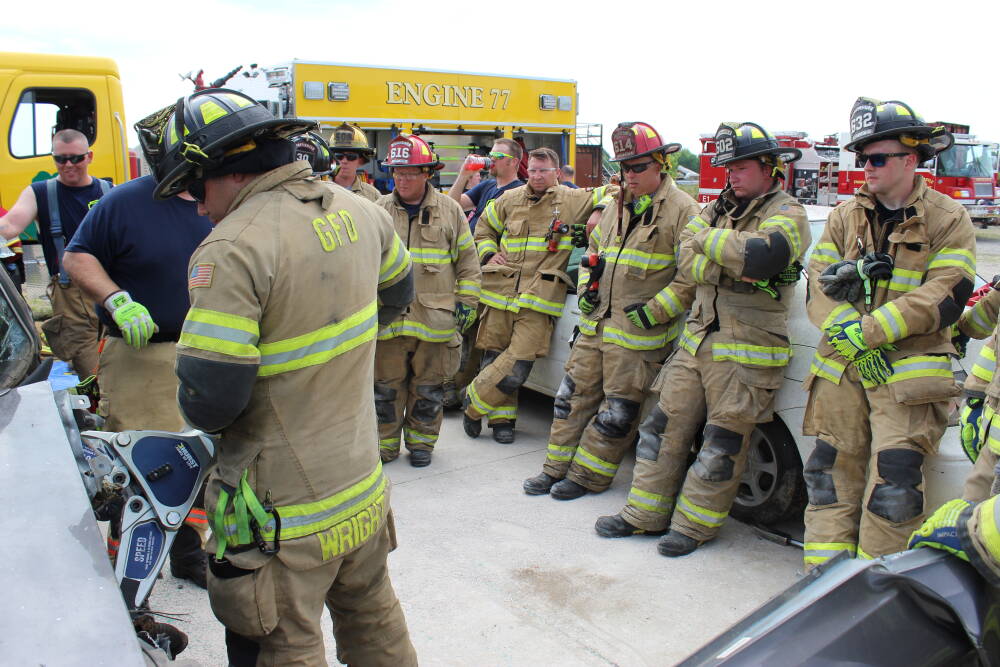 It is important to remember that the extrication training was done with neatly staged scenarios. It's a whole different thing when someone is trapped and screaming in pain. There is a real sense of urgency that also requires grace. Greencastle firefighter Jake Armstrong put this as not "muscling" into a wrecked car and exhausting your team.

The keyword here is "methodical." This is only made possible through the teamwork between them and other first responders. They have to prepare for the unpredictable.

App, Armstrong and other GFD guys were willing to sit down with me at the station and talk about the training, and about what it takes to be a firefighter. It demands real courage to do their job day in and day out. It takes a special person to be one of them.

"I've seen these guys more than I've seen my family, for pretty much this whole week between running our shift and training," GFD firefighter Brandon Watson added. "It's something you gotta have a drive to do and want to do. This is a different kind of job."

What the article didn't talk about was the good deal of laughter and the many smiles I heard and saw during the training. That was a part of the learning process. What you see in the photos is GFD's camaraderie. That was them being a team with the common goal of trying to save lives. It was cool to see this play out and to be a small part of it.

I want to thank Jon Shackelford of District 7 Fire Training and all of the guys for their hospitality. Covering this extrication training was some of the most fun I've ever had as a reporter and as a photographer. I feel blessed to have been welcomed into this fold, and especially appreciate GFD's continued support of my work for the Banner.

I hope my thoughts this week, as well as the article, have helped highlight our local firefighters — both career and volunteer — and their dedication to our communities. They do so much more behind the scenes than some of us might give them credit for.

More from this blogger · Brand Selvia
Comments
View 5 comments
Note: The nature of the Internet makes it impractical for our staff to review every comment. Please note that those who post comments on this website may do so using a screen name, which may or may not reflect a website user's actual name. Readers should be careful not to assign comments to real people who may have names similar to screen names. Refrain from obscenity in your comments, and to keep discussions civil, don't say anything in a way your grandmother would be ashamed to read.
Respond to this blog