Some pet peeves of a local reporter 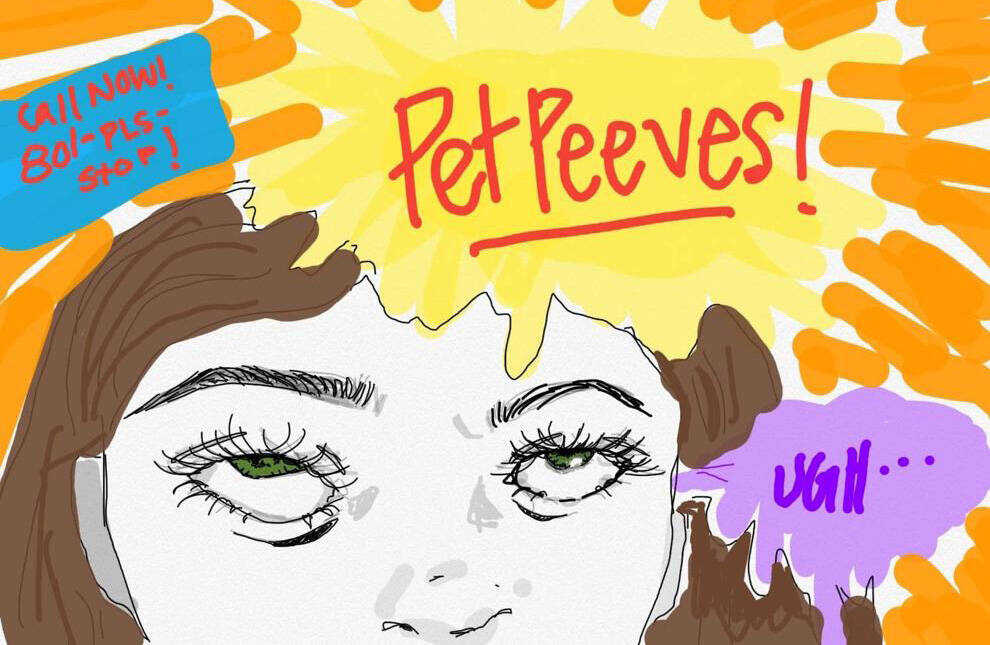 There are plenty of frustrations which come with being a local reporter. It doesn't help that I can (a lot of times) be a little compulsive and down on myself about my writing.

I will preface here that many of these frustrations are pretty minor annoyances on the whole. I suppose it's because we journalists have specific expectations with language and grammar (we sometimes would like to burn our AP Stylebooks ...). While we're all about "customer service," we also need boundaries when it comes to doing our jobs.

That said, there are a few pet peeves of mine which I have now encountered regularly.

One of them has been people being proceeded in death, rather than being preceded. They also often are preceded, rather than were preceded, in death. Obituaries are generally the only articles we won't edit except for style changes, and the last thing we want is to offend a grieving family because of it. Still, these don't make logical sense.

Another one — which I will say is a little more understandable — is someone calling about an ad when they really want an article instead, and vice versa. Marketing and the newsroom inherently overlap here because of how closely we work together. We have our routines, though, one side being creative and the other about the business.

I also can't tell you how many times I have said "I'm not here" when taking photos. Granted, this usually happens more with kids rather than with the adults. Still, our goal is to capture what might be called "natural action," where people are focused on whatever is happening. We want to get candid photos, not people looking right at us. This obviously changes with different situations (check presentations, for example).

We are flies on the wall and not meant to be part of the action. However, we know we aren't invisible with the camera. Simple recognition of us being there becomes enough.

My biggest pet peeve, though, is when people and businesses automatically expect that we do a story for them. Again, we look at this in terms of "customer service." We are never inclined to turn down any story that might have potential (and "potential" can mean different things). However, we aren't ever going to be pushed into one, either.

I have said before that we often depend on people reaching out to us. I would add that this has to be done in good faith. We on the news side are conscious of promotion, as opposed to writing about stuff which could be meaningful or interesting to readers and the community at large. Beats aside, we will do these stories because we really want to.

Our commitment to people and serving the community remains constant. Just know that we aren't immune to having some "occupational" outbursts every now and then.