Parade to be a transition for Volkswagen Brigade 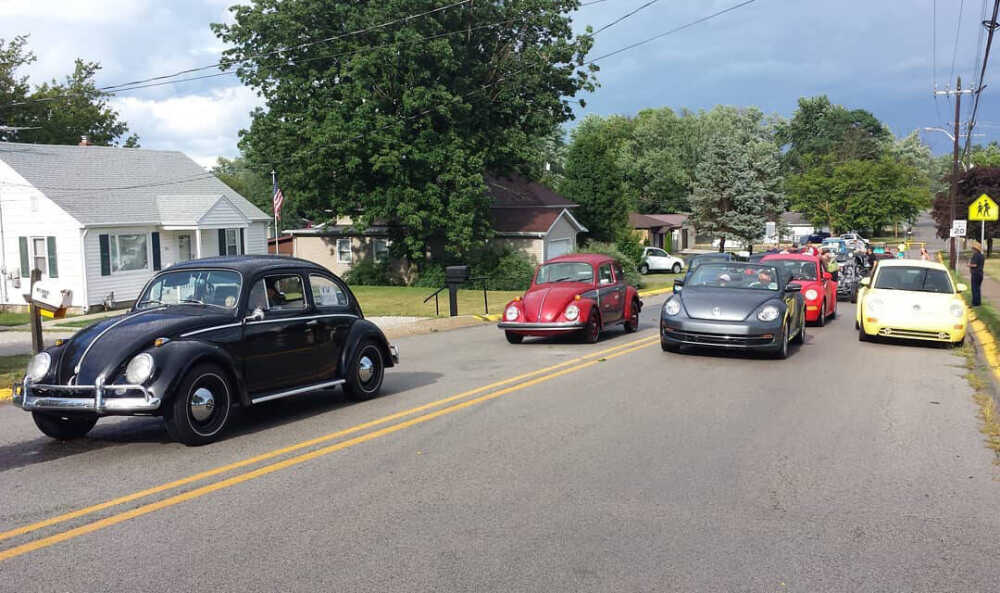 With Dick Funk up front, the Volkswagen Brigade moves during the 2018 Putnam County 4-H Fair Parade.

The Volkswagen Brigade will once again bring up the rear of the Putnam County 4-H Fair Parade this Sunday. However, this year's event will maybe be a little bittersweet.

Last year's fair parade would have been our best opportunity for us to honor longtime Volkswagen mechanic Dick Funk, who passed away the previous April. Since then, we have been in a kind of holding pattern on how to move forward without his direction.

The Volkswagen Brigade's sole focus once was organizing for the fair parade. In the last four years, though, more focus has been put on social media and the group as a very loose "club." We embrace all VW people from inside and outside of Putnam County. Indeed, much of this support has come from the Circle City Volkswagen Club.

The logistics certainly have changed. We have no plans for a cookout at the shop on Jacob Street. It will be us mingling at Greencastle Middle School and then the parade. And that's okay. We're just ecstatic to continue what has become a tradition of sorts.

Really, this is part of why this year's fair parade will mark a transition. Along with a few others, keeping the Volkswagen Brigade alive is on me, Lee Creed and my good buddy Mike Wilson. It is up to us "young guys" to carry it on as part of Dick's legacy. We are still getting the handle of this, and we know that our outreach remains crucial.

Anyone who has a Volkswagen is welcome to join us. The future of the Volkswagen Brigade lies in local people being involved, especially those who are around my age.

The parade, as Lee once said, is when real people can have a little bit of fun once a year. That should go for everyone who participates, and it is why the Volkswagen Brigade has concluded it since 2001. It is a rolling car show, and the kids are big part of it. The Brigade is a reminder of the nostalgia people have. There is an "It" factor.

This goes for the water-cooled along with air-cooled. A Volkswagen is a Volkswagen.

I for one am looking forward to Sunday's parade with the Brigade. I can't wait to see the smiles on people's faces as we come down. Now if I can just get all the bugs off ...