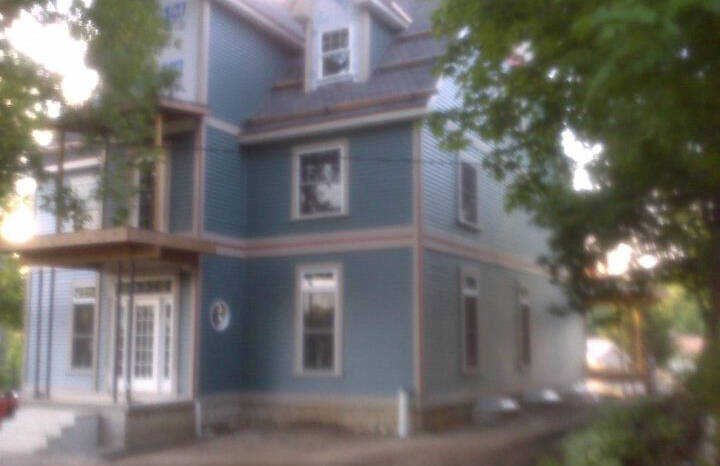 I will not discount the idea that 423 E. Franklin St. might be haunted. Haunted by who or what, though, is more interesting than seeing an apparition. To me, this is history.

My mom used to tease me — and maybe still would — that long before the "Great Remodel," she would see a rocking chair move on its own in the living room. I can recall her also professing that she used to hear footsteps which belonged to no one.

One odd thing happened when I was about nine years old. I was trying to fall sleep when I saw what I thought was a figure standing across my bedroom. It freaked me out, and I jumped out of bed and ran downstairs to get my parents. The thing is, I remember my sister coming down right after me. She had seen something similar.

Perhaps Mom was just pulling my leg. (Or was she? Seriously, I would like to know.) The apparitions my sister and I supposedly saw can be counted down to confirmation bias, or simply because we both made something out of nothing, pareidolia in a way.

I am sort of on the fence as to a belief in spirits. Part of me wants to know that some element of my personality, a soul, can remain after death. However, the "paranormal" can be the end-product of conmen (spirit photos, anyone?), and there still is no truly objective, incontrovertible evidence captured. Still, I believe that anything is possible.

Then there's the phone photo my dad took during the middle stages of the remodel. You can see what appears to be a misty figure looking down from the second floor. My dad didn't know it was there until someone pointed it out to him later. Funny enough, the figure is peering out from what was my old bedroom. It is now my parents' room.

I'm still not totally convinced the figure is a trick of the light with a gap in the tree top.

I will say the house has felt creepy when I've stayed the night to watch the dog. But if it was a spirit, it might have been one of the former owners. In some way, that possibility gives me a sense of comfort. It was their home, after all, and we were changing it up.

Paranormal researchers posit that recordings of traumatic or otherwise emotional events can be imprinted onto a space. They also put forward that people who have passed can manifest in a place that had meaning to them in life. This distinguishes a repetitive “ghost” from intelligent spirits which could interact fully with the living.

Do you believe in ghosts or in us being able to remain as spirits? Have you ever seen an apparition or had an experience you would describe as paranormal? Let me know.