Still one and the same? They have always been 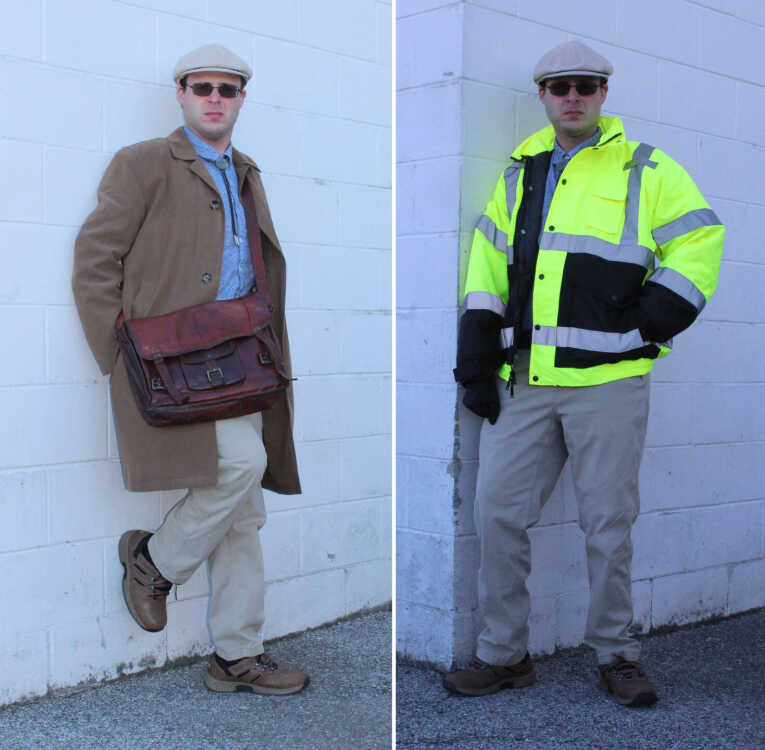 The "true-blue" and the "first responder" iterations of me as the Banner Graphic reporter. (Banner Graphic/JARED JERNAGAN)

I have seen a few of my Facebook friends make a 10-Year Challenge post. I am not really one to get on such a bandwagon. However, I figured I could "bite" on this one.

The "challenge" is to pair a 2011 photo of oneself with one from 2021. A similar trend apparently took off in 2019. Meanwhile, it hasn't seemed like the 2021 iteration has had much traction, at least tabloid-wise. It is neither here nor there for this, though.

To be honest, while I mourn the loss of the full, dirty-blond hair I had, I am sort of embarrassed by my 2011 self. I was about 90 pounds heavier, and I still more or less walked and stood the same as I do now. I was self-unassured and much shyer then. I've never been thrilled about not having a good smile. I've come a long way, though.

It would be like looking at two different people, and yet they show the same individual.

That is what maturity will — and should — do to someone. It is what the four years of triple-majoring at Wabash College did to me. Now, it is what three-and-a-half years serving this community as a journalist has led to me as a person and as a professional.

I guess I'm turning this challenge on its head, and in terms of who I'll still be in 2022.

It is very recently that I've pondered on this, but there are perhaps two "iterations" of Brand Selvia as the Banner Graphic reporter which people will see out and about.

The left iteration in the cover photo above is the "true-blue" reporter who will attend town council and school board meetings and various other functions. The one on the right, meanwhile, is the reporter our first responders will see at a fire or a car wreck. (The new high-vis jacket was a very thoughtful — and needed — Christmas present.)

Going back to reservations I've had about not being diligent, "first responder" Brand has already failed on this. I could've been at the two-vehicle crash near Heritage Lake Thursday. I wasn't because scanner traffic at the time suggested it wasn't too serious.

All in the same, I loathe the "If it bleeds, it leads" line of reporting. I don't ever hope for such things to happen. There is still somebody having the worst day of their life.

Meanwhile, true-blue Brand will not change much — and never really has, after all. That said, each story, be it an emergency situation or meeting, can be a fluke of sorts.

But that unpredictability is what makes getting out there exciting. It is the adrenaline rush I get on the drive to a scene. It is never foreseeing what can or "should" happen. It is having faith that another opportunity might replace any of those two missed ones. And I am thankful to have the freedom that I do to go and pursue them as best I can.

The effort still counts with the pure serendipity that often characterizes what I do in this job. The true-blue and first responder Brands are one and the same. What they represent make the adrenaline and doing my darndest absolutely worth pushing for.

Both of those iterations are indeed the same person. And they have the same sense of duty, purpose and commitment to the places and all the people I cover and work with.