Four years on: Being open about a 'hard' reset 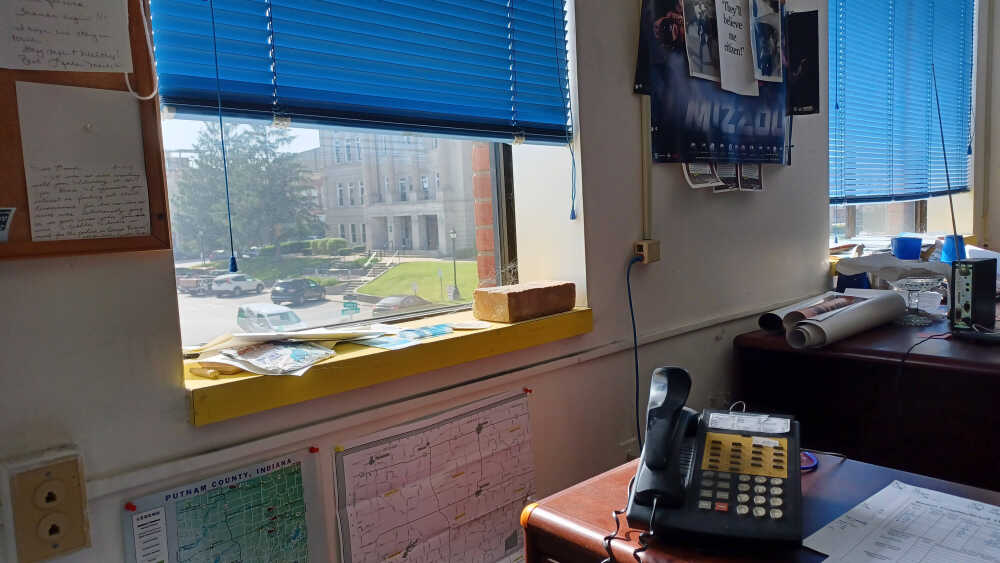 I have returned to the office full time after falling and fracturing my femur in January. In this time, I have reevaluated my values and my self-respect as a professional and as a person.

Wait a minute, engines and sirens, city all up in a roar/ Fire chief said, "Son, what'd you wanna do this for?"/"I'm sorry, sir, I just can't take it no more/You wouldn't have liked the man I was before." - From "Blew Up (The House)" by Jonny Lang

Though it is odd for the day to fall on Saturday, I am marking four years since I began reporting for the Banner Graphic. It all has been quite an experience, to say the least.

I do not remember exactly now what was discussed apart from the usual interview questions one might expect, but I don't think I had any set expectations when I met with Jared, our general manager Daryl Taylor and now-editor emeritus Eric Bernsee.

What I remember is being excited. I felt that it was my very early "new" lease on life after being fired from my first job out of college months prior. I was happy to be back here at home where I had a name (and maybe a face alongside) in some circles. I was eager to start fresh in wanting to be more involved and to chip away at my shyness.

As I suggested in the first post I wrote for my Banner blog, I thought then about how important connections are, and how they must be honest, fair and attentive, mutually respectful in their essence. I synthesized this down to the idea of "Small-Town PR."

Small-Town PR for me has been about simply being there to cover events throughout the county. Everything from town councils to school boards to First Fridays and much in between, as well as the wrecks and fires, which could be specialties of mine to some. There is believing that great stories can lurk within seemingly mundane narratives.

I have seen a fair share of consternation, destruction and controversy through these four years. On three occasions, I've found what death can mean. Some instances have given rise to short-term headaches, and others have had lasting impressions on me.

Through it all, I have always tried to come back to connections. I have had quite a few failures on this front, but I have sought to hold myself fast to that standard. Until very recently, much of it was morphed into having a sense of purpose, a real sense of duty.

But as I have alluded to in previous posts, this duty has not been without frustrations, some of them disconcerting to me now. I have never been truly open here about them.

I struggled with getting this column out of me, because these frustrations can apply to anyone and organizations I've worked or otherwise communicated with. I have never wanted for a connection to sour, if not completely blow up. Then again, pissing some people off comes with the territory. Trouble should find me, not the other way around.

What you are getting here is an opportunity for me to be vulnerable. This is part raw, part an attempt at introspection. To some of you, it may turn out to be nothing of this.

Now they check your pulse just to see if you could still breath/I was barely alive, apparently for no good reason/ Moments before I had been thinking the same thing/Sometimes it's better just to start again.

However, much of this has come about from serious battles I've had with myself since I fell and fractured my femur in January. Pain — inside and out — can change people.

I have faced up to my commitment as a local reporter. "Commitment" here means the limits of my generosity and my initiative.

What I have struggled to come to terms with is my own capacity for grace. I have had to try and come to unspecific terms about trust. The nagging question is about when it all can become too much. What are your boundaries? How would you lose yourself?

We know all too well what we are and have been up against as your local newspaper, when information — whether it is rooted in fact or is entirely unvetted or unspecific with details — can be disseminated on Facebook or Twitter. I am all for agencies and organizations doing their own PR. I stand by this seeing the reality that we, to some degree, are always behind the eight ball. All small newspapers like the Banner face it.

Now more than ever, it is about the effort. Part of this is deference and respect, even if the latter might not be returned in kind.

I absolutely realized back in February that I do not have to be at every wreck or fire. That isn't an abdication of my duty or purpose. I do what I can and strive to do it well.

As for me as an individual, I had many times of anger and helplessness. A baby maybe once saw malice in a human being for the first time when I looked right at her. It was directly connected to how I was seeing myself in my role as a reporter. I wanted to get out and do my job, and I couldn't. I let this feed that mistrust. It was a fall from grace.

Here I am, trying to be honest and yet critical through this blog. I am confident that some may characterize what I have shared here as whining and wanting of attention. Others, I believe, can try to relate from a need to have vulnerability in work and life.

Perhaps there is some honest sympathy. I will never stand for someone who merely pretends to care about others' well-being.

So, what ultimately gives my work meaning? It is still the people who care about what I and the Banner do and represent in serving this community. It is the opportunities I have had to build those connections. It is everything — both positive and negative — that I have covered in the past four years. I have had a lot of fun along the way as such.

Though I am approaching my work now with more deliberacy than before, I am still giving 110 percent. And I know better how even a little more grace can go a long way.