Getting the hang of a Model T 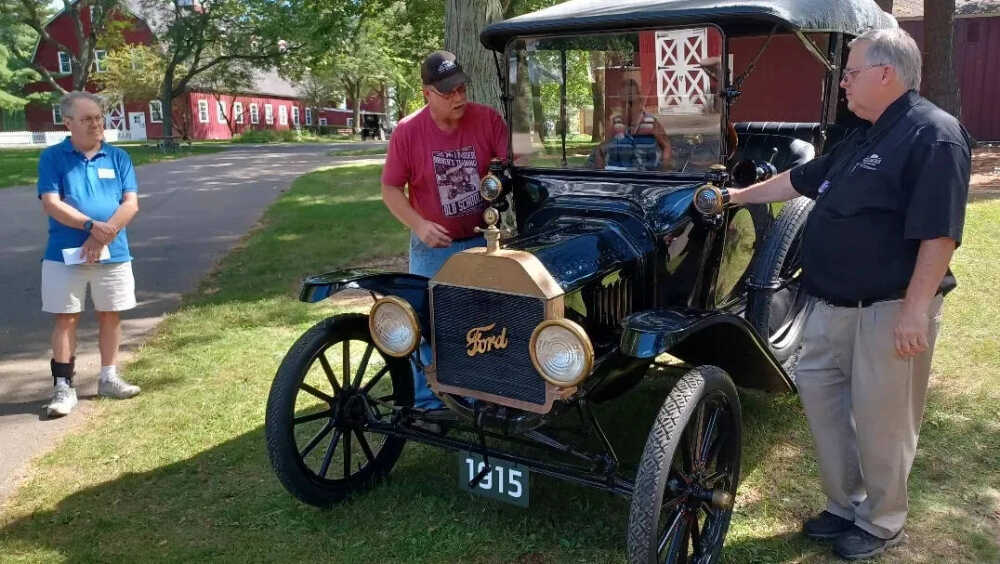 Two of our instructors talk about this almost-impeccable 1915 Ford Model T and some special tools to wrap up a driving school my dad and I went to recently at the Gilmore Car Museum.

I would say that I am competent when it comes to driving a stick shift. However, I can still kill it taking off at a light or have a mini-stroke when forced to make a "hill start."

I learned how to drive in something different. My 1974 Volkswagen Beetle which my dad and I restored is a three-speed automatic stick shift, or autostick. Instead of an actual clutch pedal, a 12-volt solenoid powers a vacuum which, in turn, engages the clutch. It's a slick, though sometimes temperamental system. No hill starts needed.

It wasn't until Dad followed my lead and bought a 1973 Super Beetle (once nicknamed "The Pumpkin" and now sort of a deep-blue color awaiting rebuilding) that I got fully acquainted with a standard stick shift. I drove mine and his while I was up at Wabash.

At least knowing I have some finesse with a stick shift, I have not worked with a three-on-the-tree or an otherwise funky transmission like a gearhead would be expected to.

Nonetheless, I threw it out the window at 15 mph or so a couple of weeks ago, because I learned how a drive a Model T.

A very generous Christmas present from Mom, my dad and I went to Model T driving school at the Gilmore Car Museum in Hickory Corners, Mich., located about 200 miles northeast of Lafayette and probably the best automotive museum in the country. I was there last in 2019, when Dad and I went up with my Beetle to an all-German car show.

Driving a Model T is not at all what you would expect coming from a modern car or a stick shift. How it goes relies on you being intentional and having the functions down. 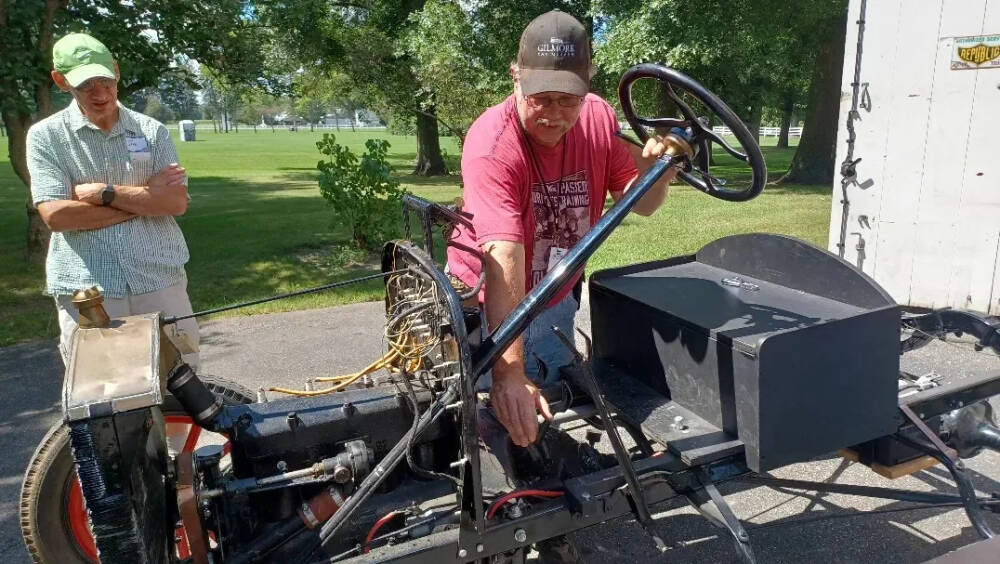 How the Model T works comes down to the following:

• Aside from starting one with a key, push button or breaking your wrist with a hand crank, a Model T has three pedals. Going from left to right, there is a "forward" pedal, an off-center reverse pedal and a "hope you stop" pedal. The "gas" is a throttle on the steering column. There is also a bar opposite the throttle used to adjust the timing.

• You have to work the "forward" pedal in conjunction with a brake lever. While the brake is actually engaged when the lever is all the way back, the transmission is also in neutral. The transmission remains in neutral when the lever is vertical, at which point you press the "forward" pedal to go in low gear. Jamming the lever forward puts it into high gear, and you use the throttle and "hope you stop" pedal to control your speed.

• To stop and park, you woah down the throttle, put the brake lever in neutral (i.e., low gear) to coast and use the "hope you stop" pedal. Then pull the lever all the way back.

Little of it is intuitive starting out. One of the instructors said that not knowing how to drive a stick shift coming into it was ideal, as there is no preconception about how a Model T should work. The learning curve is longer with its controls, but you can get it pretty well after 15 minutes behind the wheel. It's a bit of "unlearning" you have to do.

Being a four-cylinder inline setup, it is interesting that the Model T's engine and its transmission are lubricated with the same oil. The whole car was ripe for aftermarket upgrades as it became "obsolete." I'd put a flathead V8 in one of these, no problem.

Part of the experience was not taking any of what we were doing too seriously, aside from crunching the four Model Ts provided. It was meant to be fun and educational.

Dad got it quicker and more efficiently than I did. I remember one of the instructors babying the throttle for me, and I killed one of the cars twice. So it goes. (Kind of.) 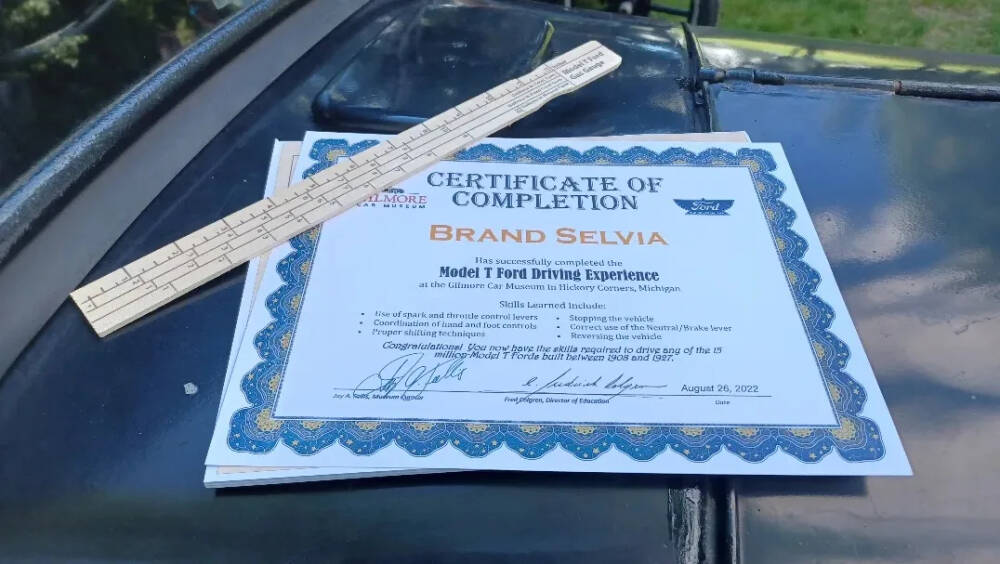 Along with a certificate, each of us also received an old-fashioned wood "gas gauge."

The opportunity to get the hang of it with well-worn examples is unique. You gain a greater appreciation for the innovation that Henry Ford brought to the masses with the Model T. It fostered our modern world and a wider notion of personal freedom.

The Gilmore is probably the best of its kind because of the quality and variety of its collection. It has parts which are themed or specific to a marque, one of them notably dedicated to the Model A. (It's got a 1931 Victoria coupe that I would abscond with.)

If you're in or near the Kalamazoo area, or looking for a day trip, the Gilmore is worth the drive even if you're not into cars much. It's a history lesson with lots of eye candy.

After this class, Dad and I are almost convinced that a Model T (or a Model A) can be a project for us. We know how one works now, after all. That there is much of the battle.