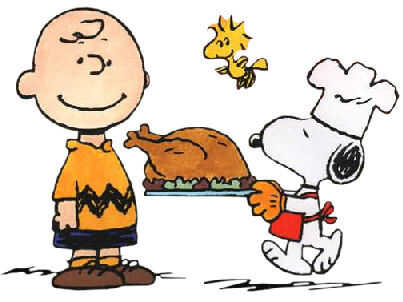 Thanksgiving always makes me think about my Grandma Helen. Sure it has a little to do her tasty food, but I'll let you in on a little secret -- my grandma could do magic. Not with a top hat and flying pigeons, but full-on Harry Potter-type stuff.

She must have been able to weave a little magic or how else could you explain what happened year in and year out at Thanksgiving? I come from a pretty large family and each year we would descend on Howard Street on the south side of Greencastle.

My dad has seven brothers and sisters, each of whom had kids of their own. My Aunt Mary is the only sibling who lives far from Greencastle -- California to be exact -- and my aunt Peggy lived in Texas at the time, so when Turkey Day rolled around it was up seven families, not including my grandma and grandpa celebrating.

For some, that might not sound too bad, but you need a point of reference. Let's use Harry Potter as our point of reference, or Ron Weasley to be precise. Ron's house was tiny, but rose into the sky accommodating all the Weasleys. Now take their house, lop off everything above the first story and that was my grandparents' house. No dining room, just two small bedrooms, a medium-sized living room and a tiny kitchen.

So in a house that had less than 1,000 square feet, there could be up to 20 or more people at a single time. No joke. We would sit any place we could find an open space, with football on the television and one inevitably being tossed around in the street at some point.

My grandma passed a little over a week ago, a week before Thanksgiving. It's been decades since the family made its way to her house for eats and laughs, but the memories are as strong as ever.

Now my Thanksgivings are spent with fewer people, which means much less chaos and much more elbow room at the table, but nothing will be able to replace those times when I was a kid. It was loud, it was cramped and it was one heck of a good time.

Have a Happy Thanksgiving everyone!

More from this blogger · Caine Gardner
Respond to this blog