Walking the dog quite the sport 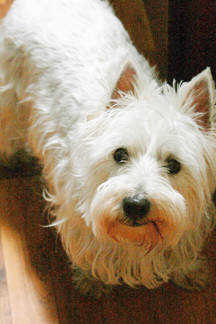 A few years back, I adopted a puppy from the Humane Society. We called him Dunston.

The naming process proved quite easy actually. Not long before that the Chicago Cubs had one of most athletically intriguing players I've ever seen, a shortstop named Shawon Dunston.

Fleet of foot with a cannon for a throwing arm, Dunston was a bundle of unbridled energy on the baseball diamond.

However, the one thing he wouldn't -- or couldn't -- do was take a walk, or in baseball parlance, a base on balls. Didn't have the patience for it. Not the discipline to wait out a pitcher to throw four balls before throwing three strikes.

So Dunston the dog got his name from his ability to run fast and wild with reckless abandon. But making that name even more appropriate was that just like his baseball namesake, Dunston the dog absolutely would not take a walk.

He'd either take off and rip the leash out of your hands or pull incessantly in all the wrong directions. In other words, a walk wasn't as good as a hit with him.

Now, several years later, we have a four-year-old West Highland Terrier in our household, and he would go on a walk 10 times a day if you'd take him.

All my wife has to do is pick up her iPod and Chopper is ready to be put on the leash and raring to go.

Certainly Ruth has been the one to walk Chopper, taking him down the hill to the east of our home, around the long block and back up our portion of the street. It's a shade under a mile in length.

But in that distance, Chopper will meander here and sniff there. He'll lift his leg and do his business early and often. Counted six times that he marked his territory on our street alone Saturday, including one nicely aimed shot at the base of the publisher's nearby mailbox.

So with the wife out of town a lot recently, the walking routine has fallen to me. And that still has the dog perplexed.

Whenever we start down the hill, he seems to glance back about every four or five steps as if to say, "It is really you walking me, huh?"

Yes, puppy, it really is me.

So let's pick up the pace. And keep that territory marking to a minimum. Save it all up for one special shot, if you get my drift.

That would make our walk a home run.