Can't take my eyes off you 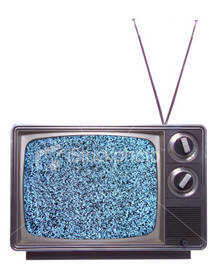 Given that I now work evenings, I spend a lot of time at home during the day watching television. It's not the most productive activity, I'll admit, but it passes the time. Anyone else who has worked second shift can vouch for me: Productivity is extremely difficult.

With my obvious affinity for sports, I spend a lot of my days watching ESPN and other sports outlets. I like to call it "professional enrichment."

But I can't stand the hype surrounding the Super Bowl. As a "true sports fan," the annual January (I mean February, for whatever reason) event sort of makes me sick. I do not care who sings the national anthem. I don't care who is performing at halftime (even thought Tom Petty is freakin' awesome). I really don't give a crap about the commercials.

I want to watch football. However, I don't want to watch two weeks of overhyped coverage or minute-by-minute coverage of the 20 hours of game day that actually lead up to game day.

I want to watch football. Period.

As such, and given that this is a presidential election year, I have increasingly turned my attention to TV news outlets.

I believe this is because an election has the same elements that I enjoy so much about my beloved sports. There are a lot of mind games leading up to the event, and in the end it's winner-take-all.

But today must have been a dry news day. Every five minutes, they were back to reporting that Gov. Schwarzenegger was going to endorse or had already endorsed John McCain.

Is this really worthy of being our number one news story? Isn't there something out there worth focusing on besides this? The man can't even pronounce the name of the state he supposedly governs, so I can't see why his endorsement matters.

And yet, I did not turn off the TV. It seems that when that little box is not sending signals into my living room, I have to be alone in actual reality with my own thoughts. I think I'm scared of such a place.

So here's my take for the day -- 24-hour news or sports networks are okay, especially for people like who work the hours most "regular" newscasts are on.

But if you spend more than two hours a day watching one (unless it's the day of a big event like the NCAA opening round or the general election), something is wrong with you.

Read a book, listen to your favorite album, dust the coffee table or organize your stamp collection.

Please do anything but be a mindless viewer like me.