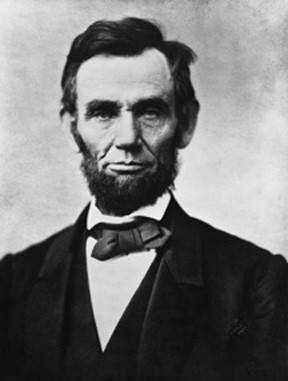 Honest Abe would have been a tennis man. Nixon, on the other hand...

I spent my late afternoon Thursday at South Putnam watching a girls' tennis match. It was my second straight day of covering sports that don't get a lot of attention, as I covered South Putnam hosting North Putnam in golf on Wednesday.

As a former (bad) high school golfer myself, I enjoy giving these sports some attention. But something else donned on me as I was watching the tennis match. Neither of these sports uses officials at the high school level. At most, a coach is occasionally called upon for an interpretation of the rules.

Outside of these occasions, the games are completely self-refereed. I guess this strikes me as important because for all the valuable qualities they might teach our young people, most other sports still look to a central authority figure for guidance.

While most of us have bosses, we don't have them looking over our shoulders all the time, telling us what we should and should not be doing. (And if you do, get out right now. It's not worth it.) Instead, we learn our jobs and let our experience, education and basic ethics govern the decisions we make. When something new comes up, then we go see the boss for guidance.

Even more importantly, this is the way all of our personal relationships are. In a marriage, for example, there is no rulebook and there is no flag thrown or whistle blown as soon as we break one of those rules.

Instead, my wife and I understand what is and is not acceptable. We do this by being open to each other and accountable to each other. When something new comes up, we work it out.

We call our own fouls. And that can be painful sometimes.

But that's exactly the way it has to be for these girls playing tennis. Each player watches the line to see if her opponent's shot is in bounds. Sure, she can stretch the truth sometimes, but her opponent also has eyes. If she lies and says a shot is out, it can come back to bite her. What goes around comes around.

In the end, I think these kids likely come out of a season with a better knowledge of proper ethics. They understand that lying is an option, but in the end it has its own pitfalls. They also understand that it's best to just step up and admit your mistakes.

And I think (or at least hope) that responsible and principled adults emerge on the other side.