Soul -- Learn About It 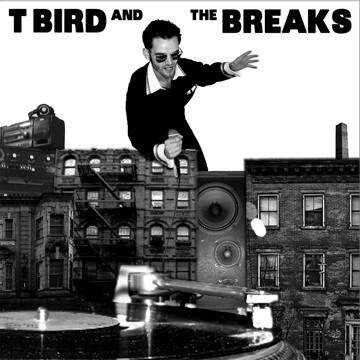 What ever happened to soul? Musically, it's two questions in one.

First, what happened to soul music? You remember: it's that branch of R&B practiced wonderfully by artists like Otis Redding, James Brown and Al Green, just to name a few. It didn't just feature outstanding singers, but real bands with guitars, horns and great rhythm sections.

We won't find that in contemporary R&B, where the singers are still amazing, but they lay down their vocals over watered-down, reworked hip-hop rhythms. Sure, Prince still makes a good album now and then, but as far as the radio is concerned, soul is dead.

But, more importantly, what happened to the soul in the music? Where are singers who may not have the best voices "technically," but who draw us in with the raw emotion of their vocals. Where are the ones who make us feel their love or pain just with the tone of their voices?

Real soul is out there, but sometimes it's hard to find.

For those willing to dig a little bit and find a young band with real soul, there is T Bird and the Breaks, whose first full-length album Learn About It was self-released in late January.

To look at the band, one might not expect much. They look way too young and way too pale to be a proper soul band. But from the beginning of "Two Tone Cadillac," the album's opener, it's obvious that looks can be deceiving. The Breaks play classic soul with more than a touch of funk. Tim "T Bird" Crane belts out vocals that seem impossible from a 25-year-old white kid from Massachusetts.

The band doesn't sound like it was just formed in 2007, though.

The debut is certainly front-loaded, beginning with three high-energy tracks in "Cadillac," "Esmerelda" and "Blackberry Brandy." The most ear-catching song on the album, "Brandy" also has perhaps its most witty line in "I know I should be looking for a job/ But it sounds too much like work to me."

From there, it slows down into "All the Blame," which, along with the finale "Sunday on My Own," provides some of the true "blues" moments of the release.

While the second half of the album doesn't quite live up to the first half, it's still great listening, particularly in "Take Time" and the final track.

Thoughts race when this disc is spinning. One thinks of the aforementioned Brown and Redding, as well as Sly and the Family Stone and Wilson Pickett, among other classics. The album has even been described to this writer as "Bon Scott fronting the Stax house band." That statement captures the energy perfectly.

The only knock on the album is its link. Sure, it feels like a classic vinyl release, but we are far removed from the age of the LP. Nine songs measuring in at under 41 minutes leaves the listener wanting much more.

Maybe that was the point. Always leave them wanting more, right?

This listener looks forward to a lot more. I hope to see this band touring the Midwest soon.

My Spin -- B: This is a young band, with room to improve, but this is a strong debut. If you've ever wondered where that great horn-driven soul went, follow the advice album's advice -- Learn About It.

T Bird and the Breaks