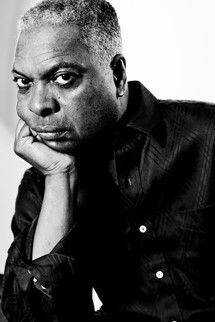 All too often in its history, American pop music has been defined by race.

It hasn't been enough to simply make good music, it seemed to have to fit in an easily defined box for fans and critics to properly process it.

Into that highly-segregated mindset stepped Booker T and the M.G.s in the 1960s. One of the first-ever integrated soul groups, they made what some may have considered "black" music, but half of the band was fair-skinned. The labels were going to have to go.

More than 40 years later, Booker T. Jones is a rock and roll hall of famer. He is highly accomplished as a performer, producer and composer. And his music still can't be easily defined by race.

Take his new album Potato Hole, released Tuesday on Anti- Records, as an example. Booker's Hammond B3 organ playing is still pure soul, but his backing band is now alt-country group the Drive-By Truckers. Add to the mix the guitar playing of fellow Hall-of-Famer Neil Young, and this album could be all over the board stylistically.

But instead, it hangs together and works wonderfully outside of any musical tradition, save one -- it is intrinsically American.

Opening track "Pound It Out" leads the album off correctly, with the familiar tones of Booker's organ leading it off in a familiar direction, before the loud, crunching guitar joins in making a loud counterpoint.

Much of the album seems to be a discussion between the smooth notes of Booker's B3 and the pure volume and aggression of Young's guitar. There is a tug between the two poles of exactly which direction the music should take.

Happily, it settles somewhere nicely in the middle. Nobody wins, save the listener.

One of the problem contemporary listeners may have with Booker's music is pretty simple and straightforward -- there are no vocals. At least not in the conventional sense.

But skip to track three, and one finds where the "singing" is in this music. The song is "Hey Ya." That's right. It's a cover of Outkast's hit from several years ago. The song opens with guitar and rhythm section playing the tune. At about 20 seconds, Booker's organ joins the mix at the same point Andre 3000 begins singing on the original version.

That's the trick with Booker's music. The organ does the singing for him. And even better (except in the case of covers like "Hey Ya") the lyrics aren't predetermined. With no "words," the listener is more involved in telling the story.

So what does this song make you "shake it like a Polaroid picture?" Check it out and see.

But for this listener, the answer is a definitive "Yes." Sit alone listening to this, and suddenly you are no longer in your living room. You are in the dark corner of a basement tavern. There's a band playing some funky music in the corner. Should you dance? Should you have another bourbon? Should you just sit and enjoy?

There is no correct answer. Just sit back and enjoy this one.

There's nothing to be complained about in this one. Booker T shows us why he his is a legend. His music is just plain good. Highlights of the record include "Hey Ya" as well as his cover of Tom Waits' "Get Behind the Mule," but the originals shouldn't be overlooked either. "Pound It Out" is an outstanding piece of hard rock. "Nan" and "Reunion Time" are nice, slowed-down numbers. The title track is the album's one certified jam, with nearly seven minutes of give-and-take between a great group of musicians.

It bursts with inventiveness and musicianship throughout. Booker T. still has it. If you remember his first run of greatness or want to discover something new, check out Potato Hole.

If a tour leads Booker anywhere near Indiana, it will not be a waste of gas. Anyone who can play with this kind of energy at 64 deserves a trip and your ticket purchase.