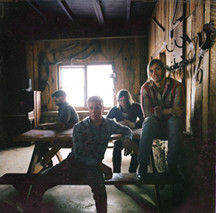 With their third release The Outsiders set to hit records stores and the Internet on Tuesday, southern rockers NEEDTOBREATHE will take to the road this weekend to begin a national tour.

After opening the tour in Madison, Wis. on Friday, the band will play Radio Radio in Indianapolis at 9 p.m. Saturday.

Lead singer, guitarist and pianist Bear Rinehart spoke with the Banner Graphic recently about what fans can expect from a NEEDTOBREATHE show. He said the band's approach to the concert-album relationship the opposite what people might expect.

"It's high-energy," Rinehart said. "We've been doing this for almost 10 years now. We think (the live show is) the best part of what we do. The record is kind of about promoting the live show, in a way. It's kind of funny that way.

"I think a good way to describe it is that we're one of those bands that, when you're telling your friends about our band, you would probably say, 'I'm going to give you this record, and I think you're going to like it, but you have to see them live,'" he added.

In 10 years of touring, the band has also been able to hone its sound by never having a lineup change. The lineup has always been Bear Rinehart joined by brother Bo Rinehart on guitar, Seth Bolt on bass and Joe Stillwell on drums. Everyone contributes backing vocals.

The band's free approach to the live show also sets them free from the balancing act of promoting the new album and playing fan favorites.

"It's always been about trying to react to the (atmosphere) in the room. We've always liked the idea of the old school kind of guys like (Tom) Petty and (Bob) Dylan, where the bands had to know all the songs, and the guy might turn around and say, 'We're gonna do this one.' They had to be ready," Rinehart said. "We feel like the audience is part of the show. That's something we take pride in.

"It ought to be something special," he continued. "We'll try to play as many songs as people like. We're fans, obviously, and we want to hear the songs we've always liked. We'll try to blend a little bit of both."

NEEDTOBREATHE's 2007 release The Heat brought new success to the band on the strength of songs like the Dove Award-nominated "Washed by the Water" and "Signature of Divine (Yahweh) as well as "More Time." Rinehart said the band's success gives it the chance to expand its sound in the live show.

"We're able to pull off more live than we've been able to do in the past," he said. "We play banjo live and mandolin. We have two pianos on stage now. It's a lot of different changes -- stuff that we've always done on records."

NEEDTOBREATHE's show at Radio Radio, which is located at 1119 E. Prospect Ave. in Indianapolis, will be at 9 p.m. Saturday. Tickets are $12 in advance and $15 the day of the show. Singer-songwriter Griffin House will also be on the evening's bill.