I don't know how to handle myself 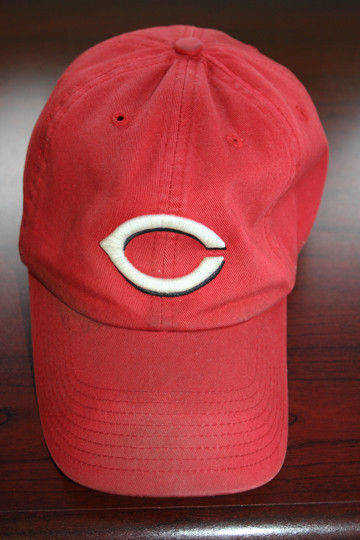 I find myself in an unfamiliar position this September.

Normally, as the NFL season is getting into full swing, I have no other distractions in the world of pro sports. I can focus my attention fully on the upcoming Packers season.

But this year, something weird is happening -- the Cincinnati Reds are in contention.

Not only are they in contention, but they are leading the division by eight games as of Thursday. Eight games is huge with only 16 games to play.

This means for a couple of weeks now, Reds bloggers and columnists have been tracking the Reds' magic number, a concept we haven't had to wrap our heads around as Cincy fans since 1995. The number now sits at 10.

Essentially, the magic number is the number of games the Reds have to win the rest of the season to guarantee a playoff berth. It means that even if the Cardinals go 18-0 the rest of the way (They've played two fewer games.), the Reds can still win the division by going 10-6.

But the Cards aren't going to go 18-0, so a better way of looking at it is this: any combination of Reds wins and Cardinals losses that adds up to 10 gets the boys from the Queen City in the playoffs.

Let's say the Cardinals close the season 12-6 (which would still remarkable). The Reds would only have to go 4-12 for the final standings to read as follows:

I guess what I'm saying is, this has a really good chance of happening.

And yet we Reds fans have a crazy inferiority complex. I won't compare our struggles to those of the Cubs (bless you boys for sweeping the Cards, by the way), but the last 10 years have sucked. When we signed Griffey in the winter of 1999, we thought our troubles were over. I still love Junior, but good Lord did his body break down fast.

Not only was it a tragedy for Reds fans, but for Major League Baseball. Imagine a healthy Griffey over the last decade: we might have a clean home run king.

So here we are as Reds fans. We're loving life, but we still have to complain. Our bullpen (besides Aroldis Chapman) is a mess. The outfield is a walking MASH unit. Our starting rotation is good across the board, but not one of them sniffs the kind of greatness you want come playoff time.

Our closer can best be described as a heart attack waiting to happen.

The best way to describe the mentality of the Cincy fan right now was coined on http://chris-sabos-goggles.com/, an outstanding Reds blog and a great name. As Reds fans, we're all saying "It's probably going to happen (maybe)."

Come playoff time, who knows what will happen? Right now, I'm just happy my boys are relevant into the fall.

I just hope they're expecting a little more of themselves than I am.

Just one more thing. As I've been wearing my second-favorite Reds hat around for the last month (My favorite ran out of luck around the time of the Cardinals sweep in Cincinnati in early August.), I've received so many comments on it. I didn't realize how many of my fellow Greencastilians were Reds fans.

And on a personal note to Fenwick and Nally: I'm so envious of the two of you for actually being there in person for Bruce's game-saving catch last night.