The Epic in Avon (well, not really) 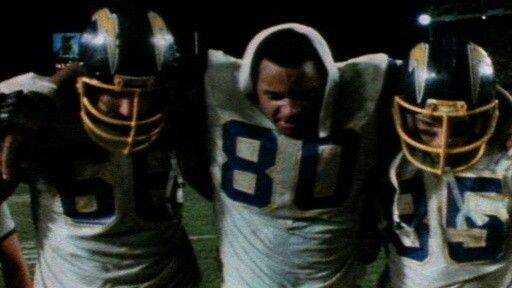 It got so epic in the Avon Target Friday night, another shopper and I had to carry Kellen Winslow to his car.

Living in small town Indiana, I rarely get the chance to rub shoulders with famous people. When it happens, I get excited.

The Super Bowl has brought those celebrities and athletes just a little bit closer to Putnam County.

I looked back in line at Target on Friday and saw a face I recognized.

Well, I sort of recognized his face.

The Avon Target was about to close at 10 p.m. so all the customers were crammed in line, wondering why Target can't be more like Meijer or that other store. I looked back and saw a very tall gentleman and his rather tall daughter.

Initially I only thought two things: "He's a big dude" and "That's a nice suit." I refocused on scanning the Cosmopolitan covers and boxes of gum when I thought, "Wait, I know that guy."

I looked again. Sure enough, I knew him, but I didn't know why. I was pretty sure he was an athlete (football, I thought) but I couldn't say for sure.

I had a fleeting thought of simply asking him, but I didn't want to look like an idiot. I can hear the response now:

No, I'm not an athlete. Son, not every 6'5" African American played pro sports. I'm an accountant.

But I was sure I'd seen this guy talking on an NFL Films special before, so I kept thinking about it the whole way home.

An hour later it finally hit me: Kellen Winslow. Not Kellen Winslow II of Cleveland Browns/Tampa Bay Buccaneers fame, but his dad.

The man who had 13 catches for 166 yards and a key blocked field goal to lead the San Diego Chargers to victory in "The Epic in Miami." Only one of the greatest individual performances in NFL playoff history.

Only one of the great tight ends in league history -- the man who changed the position for modern players like Tony Gonzalez, Rob Gronkowski and Jimmy Graham.

Once I realized who it was, I had to call Eric. He was impressed, not in the least because Winslow is a fellow Mizzou alum. He compared it to the time he saw George Clinton at the Target on 38th Street. I'd say it's different in two key ways:

1) When you see George Clinton, you don't think that maybe you know that guy. You either say "Holy crap, it's George Clinton" or you don't know him and say "Is that man from outer space?"

2) Clinton seems out of place in almost any context that's not on stage. I still can't believe he shops at Target. Winslow seems like a normal guy, just a very tall normal guy who used to excel at catching Dan Fouts passes.

I only regret that I didn't recognize him on the spot. I might have run to the sporting goods section and bought a football for him to sign. I could have come home with a collector's item.

So there you have it. I didn't exactly rub shoulders with Kellen Winslow. (Logistically, you'd have to say the best I could do is for the shoulder on my 5'7" frame to rub the elbow of that 6'5" mountain of a man.)

But maybe we have similar late night shopping tastes.