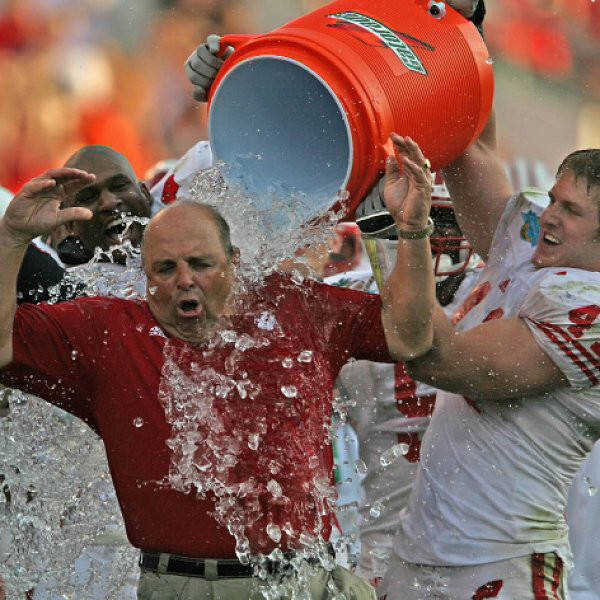 I've always had a soft spot in my heart for Barry Alvarez.

As an Indiana University fan, there are certain things you do to get through the months leading up to basketball season, and few of them involved actually paying attention to what's going on at Memorial Stadium.

In my case, I got through the fall months by doing two things. I started following Notre Dame football, as it was usually at least relevant.

Perhaps even more importantly, I developed a liking for anyone who could stick to Ohio State and Michigan, the bullies normally at the top of the Big Ten football standing.

That's why I came to be an Alvarez fan, even though I'm not really a Badger fan. He not only guided his Badgers to three Rose Bowls between 1994 and 2000, but actually won all three of games, which outdid the way I remember the Buckeyes and Wolverines performing in their trips to Pasadena.

And so it made me smile today when I read the 65-year-old (he'll be 66 by then) coach will be coaching the Badgers in the Jan. 1 game, in the wake of coach Bret Bielema's departure. Why should the Badgers make an untested assistant take the helm when they have a proven commodity to take the reins for a few weeks?

It surprised me (and made me smile) when I learned that with a win, Alvarez would tie Woody Hayes for most Rose Bowl victories by a Big Ten Coach at four. The overall record is five, shared by USC coaches Howard Jones and John McKay.

Not bad for a coach who never had the luxury of selling recruits on the "grand tradition" of his school. Alvarez and his Badgers went out and made their own tradition, and that's something to be respected.