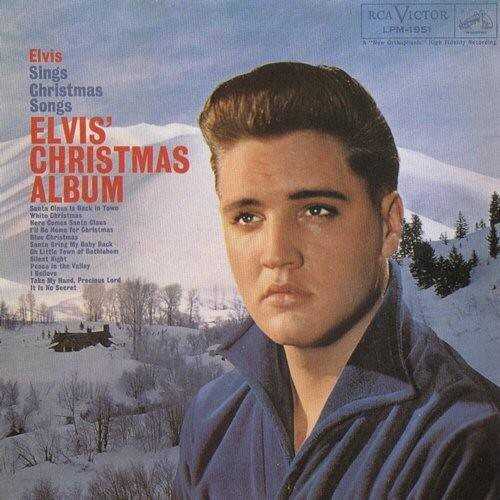 Was there really any doubt on this? Talk about rendering all other versions redundant.

The King didn't write the song and he wasn't the first to record it. But nine years after it was written, he gave us the definitive version.

The arrangement is perfect, Elvis's voice is spot-on and the woo-ooh-ooh-ooh-oohs are outstanding and kind of hilarious.

When I was about 9 or 10, we were gathered at Grandma and Grandpa's for Christmas Eve, when my Uncle John, sitting next to me at the table, summoned his best Elvis voice and delivered:

But that was about as far as he got. In perfect time, I summoned my best Jordanaires voice:

I don't think Uncle John fell out of his chair laughing, but he came close.

After that, either recreating that moment or at least retelling the story became part of our Christmas traditions. For me, it was as much a part of the VanHook family Christmas Eve as baked ham, pocket knives from Grandpa in our stockings and the dry heat coming from the woodstove off the living room.

Unfortunately, no recordings exist of our legendary performances of "Blue Christmas," so you'll have to make due with the man from Tupelo.

And here's an extra treat for you. It's The King performing "Blue Christmas" live, sans the "woo-ooh-ooh-ooh-oohs" but it's awesome all the same. As a bonus, we also get to hear "Santa Claus is Back in Town." Enjoy.