Stop toying with me 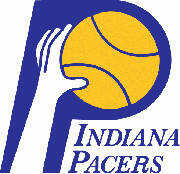 The hand is cute ... right up until it reaches out and rips out your heart.

Being a Pacers fan is difficult sometimes.

Even at its best, the team doesn't exactly put out the most eye-catching brand of basketball out there.

At it's worst, though, it's unwatchable, slow and downright cruel to the fan base.

That basically sums up the end of the regular season and the first two rounds of the playoffs.

At least five times in the last couple of months, I've sworn off my favorite NBA team, saying it's time for baseball. (Unfortunately, my Cincinnati Reds haven't exactly given me reason to be excited either.)

And yet, here the Pacers are, at the beginning of another playoff battle with the mighty Miami Heat, the second straight time in the Eastern Conference Finals. It hasn't been pretty, but they've made it.

In that light, I'm not sure what to make of Sunday's 107-96 Game 1 win over the Heat. The Pacers made shots -- at a ridiculous percentage, I might add. They played with confidence, with purpose.

It actually was pretty.

So, am I excited? Not really.

You see, this team has tricked me too many times. There was the 25-5 start to the season, only to play the last couple of months of the season with a losing record.

There were the two straight victories to close out Atlanta, only to lose Game 1 in round two against the Wizards.

At later in that series, there was the 23-point loss in what could have been a closeout Game 5.

All the same, these Pacers have come through it all.

So will they come through this as well?

I love this team, but I still can't trust it just yet.