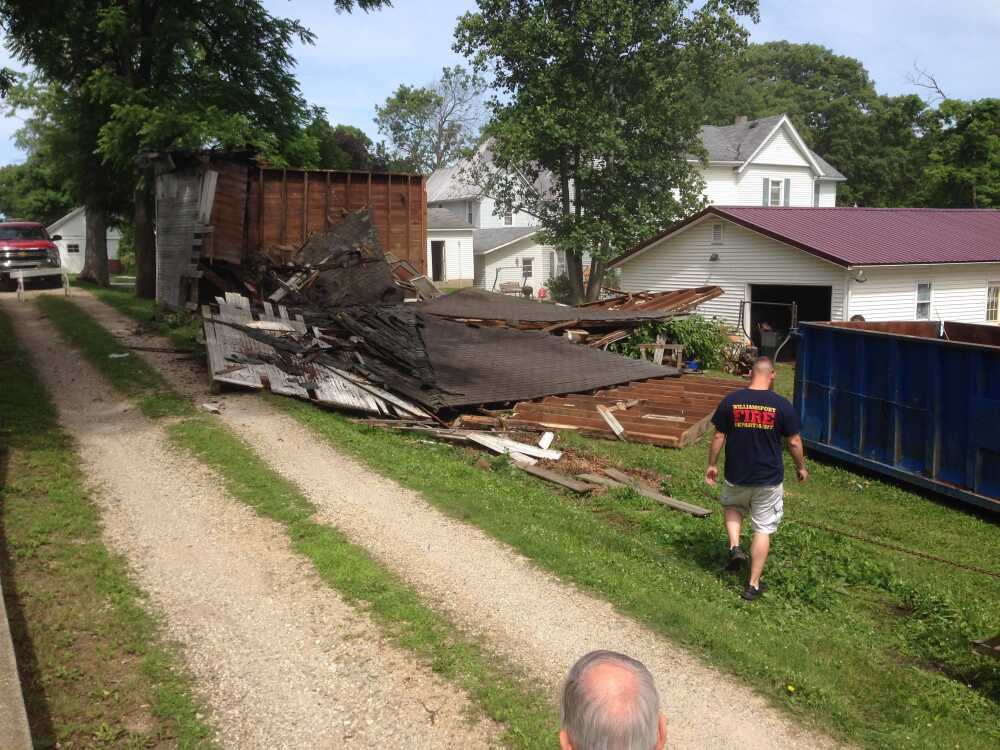 I recently completed a weekend I won't be repeating anytime soon. I could tell you about it, but first just watch this:

(That's me screaming "Victory!" because, well, I'm like that.)

That was a very cathartic moment in what has otherwise been a stressful last couple of months. Last couple of years, for that matter.

Like so many other people, my brother and have been coping with an aging father who is no longer able to live on his own.

As such, I've spent a lot of time back in Warren County, cleaning up the house I grew up in and preparing the property for a sale.

I'll spare you the details, but I know a whole lot more about subjects such as roll-off dumpster rental, patching and painting, antique glassware and general home repair than I knew a year or two ago.

I suppose this is a good thing, but it's been an exhausting process.

But last weekend was pretty much all about the old barn. Used as a garage by my parents when I was a kid, it's actually an old stable from when our big house was a boarding house several generations ago.

It was an interesting old building we would love to have saved, but an unrepaired roof led to it deteriorating to the point of no return.

The building was actually dangerous enough that it would have been a bad idea to include it in the upcoming auction.

So bringing it down and cleaning it up (or at least attempting to) was the big goal of last weekend.

As you can see, part one went well. So did retrieving the items that we either wanted to keep or sell.

Cleaning up the mess? That's an ongoing process.

This weekend is going to be a big test for us, as much of the barn is still on the ground. I've got a call in to a guy who I hope can take care of this for me. Still awaiting the call back. We'll see...

If not, I'll return to work next week knowing even more ... this time about skid steers, dump trucks and even more roll-off dumpsters.