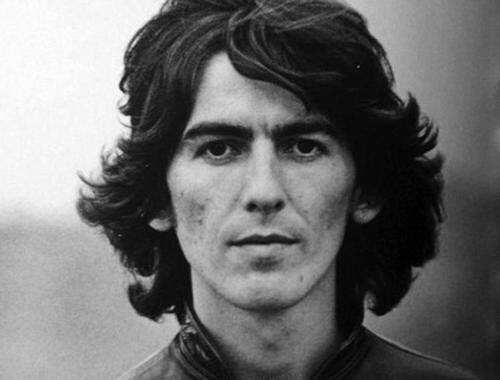 You've probably already read or heard this somewhere, but if not, do yourself a favor and check it out.

Apparently, A tree planted in George Harrison's memory has been killed by beetles.

I'm a day late to the story, and there really isn't anything funny I can say about it that hasn't already been said.

Instead, I'll just say that George has pretty much always been my favorite Beatle (with an "a"). I can't even really say why. I'm kind of a contrarian.

Still, he did write my favorite Beatles song:

Incidentally, "Something" was written about Pattie Boyd, along with Eric Clapton's "Layla" and "Wonderful Tonight." That's one heck of a woman.

There's also Harrison's post-Beatle career, which included a super hippy phase and my absolute favorite video when I was six years old.

But my favorite post-Beatle incarnation of Harrison was as Nelson Wilbury. (I double-checked the Internet, but actually knew that without looking it up.)

So I'll leave you with a classic from my favorite supergroup.

Not sure how I feel about a Beatle with mullet, but I choose to blame 1988, not George Harrison.

Rest in peace, George. Hope they get a new tree planted soon.