A good start in Clover Country 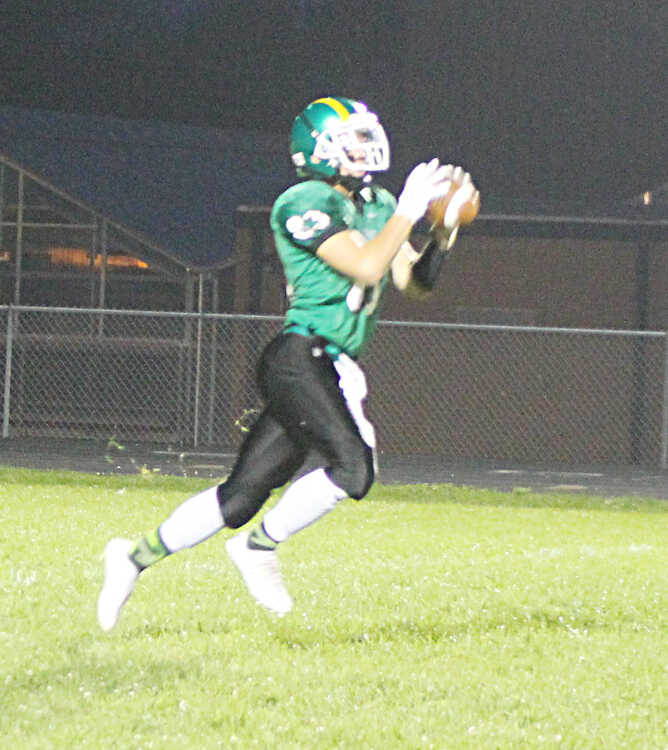 I like to consider myself a sports purist, but it's not entirely true. While I understand the value of good defense, I'd usually rather see a shootout than a defensive struggle.

But Friday night was a little different. I traveled to Cloverdale to witness the second half of the Clovers' 6-0 win over Brown County. The only score of the game happened in the second quarter, so I saw no one cross the goal line.

But it didn't matter. I loved what I saw -- a swarming, opportunistic defense from the Clovers that allowed the Eagles some yards now and then, but when a big play was needed, it happened.

Again and again, the likes of Tyler Lotz, Jackson Szczerbik and a host of teammates made big plays when they were needed.

It all added up to six Eagle turnovers, one of the more remarkable stats I've seen in some time.

No one will call it a "pretty" win, but it's not about style points. What coach Jarrod Duff and defensive coordinator Scott White did was put together a defense that gave the team a chance to win amid the offensive uncertainty of an injured starting quarterback.

On the offensive side, the Clovers took care of the ball and did what needed to be done to keep the lead. Besides his five-yard run for the only score of the night, Ethan Boyd did something just as important in the fourth quarter. The running back shouldered most of the load on a 13-play, 76-yard drive that killed nearly eight minutes of clock.

The drive didn't lead to a score, it's true, but it took away almost any chance Brown County had of scoring again.

And, of course, the Clover defense came up big one last time late. After a CHS turnover on downs, Max Secrest came up with another quarterback sack and forced fumble, which led to a Lotz recovery for turnover No. 6.

All that was left was for quarterback Brandon Hughes to take a couple of knees and seal the win. The victory formation must have been especially sweet for Hughes, who was filling in for starter Duke Duff and playing in the first game of organized football in his life.

It was a big win for the Clovers. Longtime observers of football in this area won't remember many weeks in which Cloverdale had the only win in the county. But that was the case last week, and it was a nice win. There's a big difference in 1-0 and 0-1.

Certainly the Clovers still have improving to do, but who doesn't? It's still August.

What I see is a program that looks to be heading in the right direction, and I think Coach Duff and company have a lot to be proud of this week. Now they need to take that pride, mix it with another week of hard work and roll it all into a win over Clinton Central this Friday.

And to the Eagles, Tiger Cubs and Cougars: Keep your heads up. Your winning streaks can start this Friday.