Getting it right for the wrong reasons 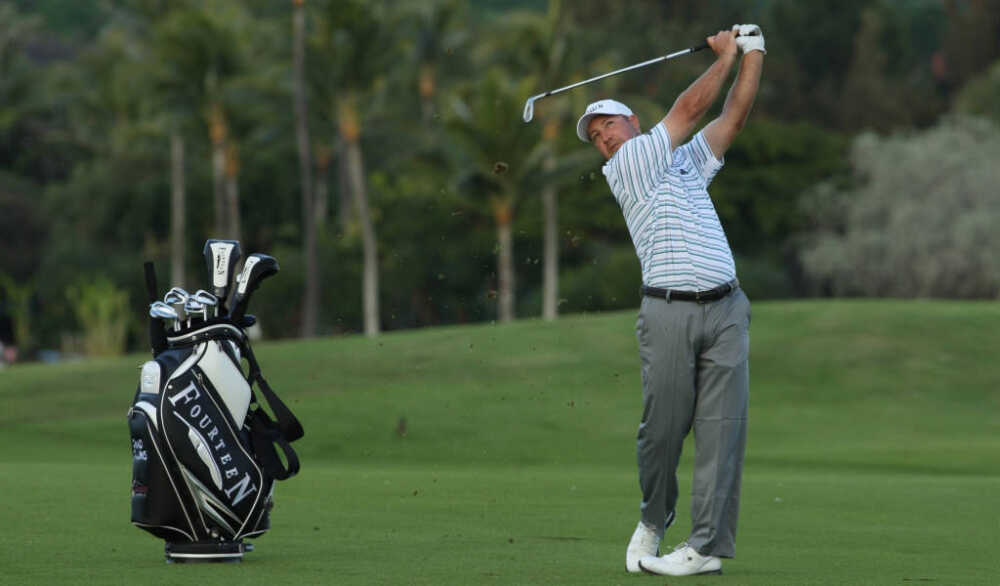 Chad Collins again earned his PGA Tour Card on Sunday. That much we know. Exactly how the process works remains a bit complicated.

I spent part of Sunday afternoon and evening sort of wandering in the dark.

Publisher Chris Pruett had notified us earlier in the weekend that local professional golfer Chad Collins was in contention at the Web.com Tour Championship and that the tournament would have serious implications for is PGA Tour Card status in 2015.

This came as a bit of a surprise to me because I was sure that Collins had spent the last season on the PGA Tour. What was he doing back in the Web.com Championship?

A little bit of research later, I found that Collins was, indeed, competing (and competing well) in the tournament and that he needed a good performance to earn his Tour Card again for his fifth season at the game's top level.

As I understood it, the tournament, open to the top 75 money winners from Web.com and those numbering 126 through 200 on the PGA Tour (Collins was 157th) were all eligible to play. I also learned that 50 Tour Cards were up for grabs.

So, Collins' tie for seventh was certainly enough to stay on the PGA, right?

That's what I wrote for Monday's paper. (If you click this link, the online story has since been clarified.)

But as anyone who's ever tried to follow professional golf or tennis rankings can tell you, nothing is ever that simple.

To try and understand where a golfer stands, you have to wade your way through the world golf rankings, the tour money list and the FedEx Cup ranking.

If you were wondering, those ranks for Collins are 481st, 157th and 159th, respectively.

That's a lot of information, and all of it's accurate, according to pgatour.com. Unfortunately, all of it appears to be meaningless when it comes to Collins getting his Tour Card again.

Blissfully ignorant of this fact, I wrote a nice, cut and dried story that basically said "Collins finished seventh, so he's still in."

Doing a bit of follow-up research on Monday morning, I learned that there was more to it. Check out this story on the PGA Tour website for the real story of Collins' stressful day.

As it happened, the Cloverdale native bogeyed two of his last three holes to go to the clubhouse tied for ninth. That finish would have left him 51st in the Priority Ranking. So close, yet so far away.

Fortunately for Collins, playing behind him were Adam Hadwin and Tyrone Van Aswegen, both of whom bogeyed the 17th hole, bumping Collins into the top 50.

When neither man birdied 18, Collins was in -- at either No. 47 or No. 49, depending on whether you believe the Golf Channel or the PGA Tour. Apparently this stuff is hard to understand even for the people who cover it regularly.

Either way, Collins started the weekend at 86th and ended up in the top 50. It's all part of the ongoing Cinderella story for the kid from tiny Cloverdale, Ind., who briefly led the U.S. Open at Winged Foot back in 2006.

As for this small-town journalist? It's somewhat less of a fairy tale. I can say that I did get it right with the story I filed on Sunday night: Chad Collins did finish seventh and he is back on the PGA Tour.

However, my explanation of how he got in is way too simple. I gambled and got it right, but I didn't know I was gambling. You don't take chances like that in this business: You either have it right or you have nothing at all.

If not for some wayward shots by some of Collins' competitors, this column would have an apologetic, penitent tone. It turns out I got lucky, which can happen in writing just as in golf.

Ben Hogan once said of golf, "This is a game of misses. The guy who misses the best is going to win."

I guess I just missed well this time.