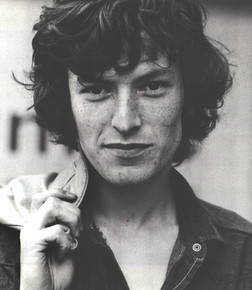 Some songs, or moments in songs, always evoke in me visions of a certain movie scene.

There's Stealer's Wheel's "Stuck in the Middle with You," which always makes me think of the "Reservoir Dogs" ear scene. (Click at your own risk.)

I can't hear CCR's "Lookin' Out My Back Door" without thinking of the Dude wrecking his car in "The Big Lebowski."

But every time I hear the cacophony that is the opening of The Spencer Davis Group's "Gimme Some Lovin'," I see 1980s stock cars on the high-banked tracks of NASCAR's Winston Cup. I am, once again, a nine-year-old watching "Days of Thunder."

Ironic that it took a British band to capture the so very American pursuit that is stock car racing. But "Gimme Some Lovin'" just wouldn't fit a Formula 1 movie.

Enough about racing, though. What made the sound of The Spencer David Group so good? I hope the band's namesake can accept that it was his 18-year-old organ player and vocalist Steve Winwood.

Winwood's playing on this song is the perfect example of what makes the organ so amazing in rock music -- it's ability to sound like three or four instruments.

The music kicks in with guitar, bass and drums -- the usual weapons of choice for any rock band -- but it doesn't really go anywhere until the opening notes from Winwood's keyboard.

The listener looks up and says, "Whoa, something's happening here."

You ever try to sing along to this song? I dare you to try.

I'm a guy who gets obsessed with knowing the lyrics to any song I enjoy, and I've never even tried with this song. I've never cared to. Just enjoy Winwood's quality work on the organ and mumble something with a vaguely British accent.

I regret to say that I couldn't find a satisfactory video of this, as the live versions all seem to be slowed way down. So just stare at the album cover for a few minutes and enjoy.