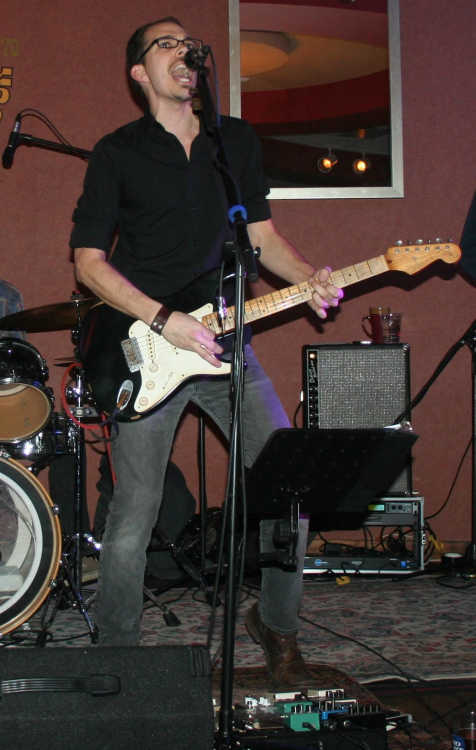 Lead singer Joel Everson was a man possessed during War Radio's tribute to Bruce Springsteen and the E Street Band. Far from the mild-mannered service manager at York Automotive he is by day, Everson took on the voice and mannerisms of the Boss for the Friday night set at the Duck.

While it's not uncommon to catch a War Radio show at a Greencastle venue, the local favorites brought something a little different on Friday night, with a tribute to Bruce Springsteen and the E Street Band.

They more than did the Boss justice, diving into singalong favorites and deep tracks alike.

What I really loved was the fervor with which the band attacked the catalogue. Far from being intimidated by the material, they met the challenge head on.

We've all had the moments in the car where we're singing along with our favorite song and all our inhibitions are out the window. It's just top of our lungs, belting out the song and in that moment we are Bruce Springsteen or Robert Plant or Eddie Vedder or [Insert Favorite Singer Here].

Looking at the stage, that's what Friday was like for the band. The difference was, War Radio is more than good enough to actually have an audience watching and loving the performance.

I don't know the last time I saw a band enjoying itself so much, and for that, Friday night was truly special.