When the gales of November came slashin' 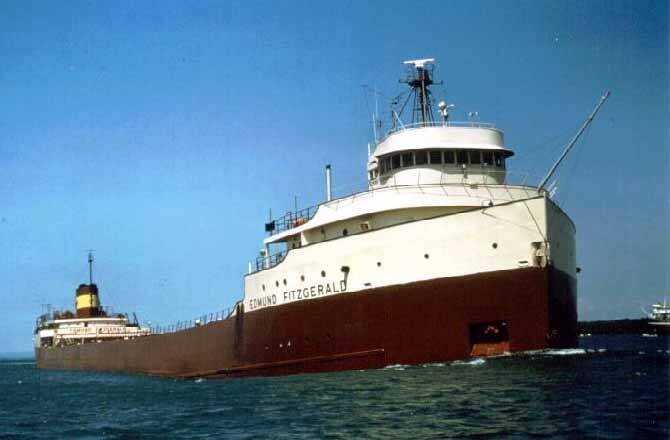 There's really not too much to say today, except that it's been 40 years since the SS Edmund Fitzgerald sank in a Lake Superior Storm, about 17 miles from Whitefish Bay. The wreck killed all 29 men aboard.

Less than a year later, Gordon Lightfoot immortalized the tragedy with "The Wreck of the Edmund Fizgerald," drawing inspiration from a news article on the sinking.

I'll let Gord do the talking from here...

By the way, how does that video have 762 (as of the time of this writing) thumbs down? What's wrong with people?

If you made it through 7-1/2 minutes of that song (and you should have, it's awesome) then things are a bit heavy for you right now.

Allow "Seinfeld" to lighten things up a bit...