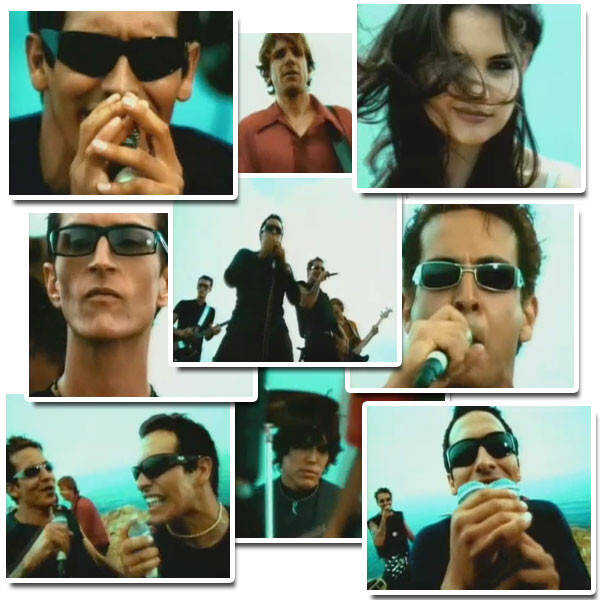 DISCLAIMER: If you weren't born between the years 1977 and 1983, this is likely to be incomprehensible rambling. It may not make sense even if you are the right age. Proceed at your own risk. You've been warned.

Ever go back and look at something from when you were a teenager and wonder what the heck was going on?

It could be a haircut. It could be those god awful stone washed jeans.

For me, it's music videos. Not that I ever filmed or starred in videos, but they were a constant presence in my life, back in the time when MTV still stood for Music Television.

Now it stands for the dumbing down of teenage culture.

But I'm not here to play grumpy old guy.

Watch this video and read on. I have lots of questions and no answers.

First of all, let me say that I never particularly liked this song or this band. The Flys were a mediocre bubblegrunge band, at best. They were no Stone Temple Pilots, let me tell you what.

Heck, they weren't even Sponge or Spacehog.

Honestly, a quick look at their bio tells me The Flys formed in Hollywood in 1994. Not Los Angeles -- they formed in Hollywood. Is that even a real thing? I always thought Hollywood was more of a idea than an actual place -- an area where films are made, but also a cautionary tale for how not to act.

Who comes from Hollywood?

You couldn't even accuse these guys of "going Hollywood." They were already there.

But I digress. If this song came on, I didn't change it. I probably even sang along.

I have to ask myself, though, why are all of these things happening?

Why is that guy singing into two microphones?

Also, put on some shoes, dude. They may not teach you this in Hollywood, but running around barefoot in what might be a barnlot is a great way to get hookworm.

Of course, people with hookworm get skinny, so maybe it could be a new Hollywood trend.

Why is Josephine Potter there? And why did she push those two jocks off the cliff? That's truly Disturbing Behavior.

And do the slow motion running scenes bother anyone else? Wasn't she a minor at the time?

(She was 20, actually. But still. To America, she was still Dawson Leery's 15-year-old, doe-eyed best friend/dream girl.)

If Pete "Maverick" Mitchell was watching this video, did he take notice of the girl running in slow motion? If he did, is that weird? He was like 36 at the time.

And why don't we get more of the guy who went on to become the Easter Bunny in "Hop"? He was allegedly the co-star of the movie this was promoting.

What was the big idea of all these beautiful teenagers running to the edge of the cliff? Was it their intent to dive in? Or were they just playing chicken with the ledge and lost?

With Joey Potter and the Easter Bunny still at the top at the end, they've got a lot of explaining to do.