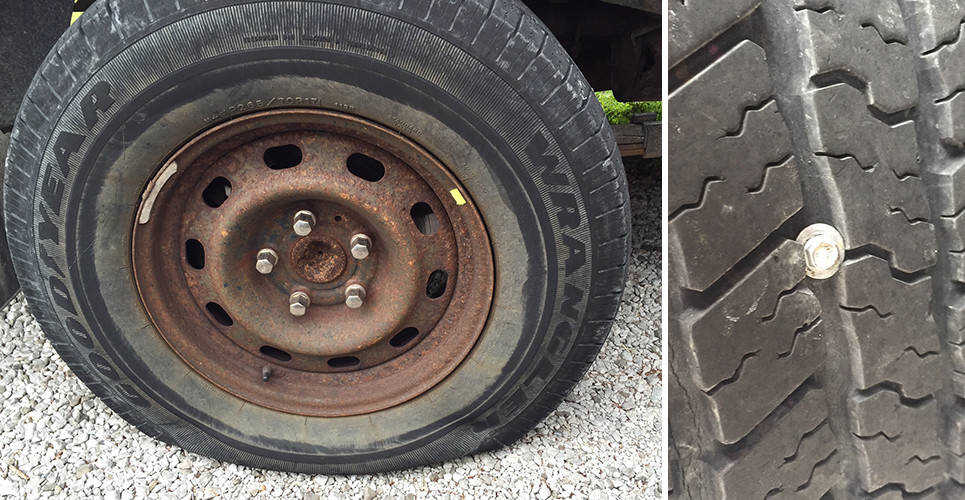 Fair week is taxing around these parts. It's always hot, busy and demanding.

In spite of it all, I think the staff here enjoys it -- although I might be the only one who will admit it publicly.

The Putnam County 4-H Fair is a good time to get out and see people I don't see much otherwise. Some of them don't even exist the other 51 weeks of the year, as far as I can tell.

Witnessing the satisfaction of a job well done on the faces of 4-H'ers and adult open class participants is also a nice bonus to the exhaustion of fair week.

I'd have to say that, in total, I like fair week.

One dissenting vote, however, would probably be cast by my truck tires.

Two or three years ago I was out there covering something one morning and as I approached the truck to leave, a nice gentleman hailed me to let me know my left rear tire was nearly flat.

This year I didn't notice the problem at the fairgrounds. Instead, my wife came back in Tuesday morning when she should have been leaving to tell me I had a flat.

Sure enough, there was a large bolt sticking out o the right rear.

While a flat is sometimes just a flat, this was the last straw for an old set of tires that now had three of the five tires (including spare) now seriously struggling. The problem wasn't so much worn tread (although that wasn't great either) but foreign objects in two of them and another that had slowly but surely been losing pressure in recent weeks.

A few calls later and I had the truck in for new tires, at a much lower price than I had expected -- a special thanks to Greg and Darcy Hendershot on that one.

I had the truck back by that evening and it's even returned to the fair a time or two since.

But you'll have to forgive me if I'm holding my breath every time I take a vehicle out there now.