Mini Monon Game: Let's do this every year 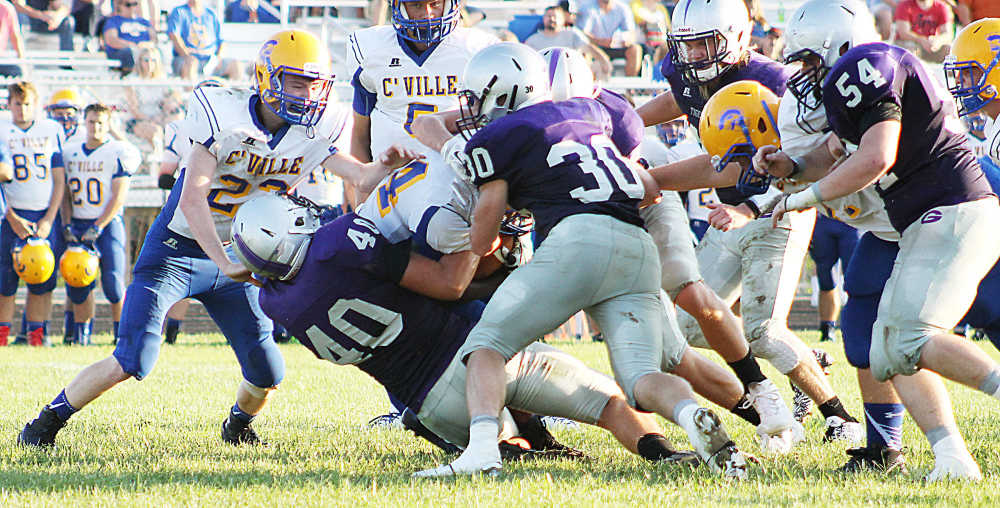 It's beautiful to see these two teams on the same field -- in large part because it so rarely happens.

I came to Greencastle nearly 10 years ago thinking there would be some kind of great athletic rivalry between Greencastle and Crawfordsville high schools.

After all, the institutes of higher learning located in the two small cities -- Wabash College and DePauw University -- are of course bitter rivals, particularly in football.

I found that it wasn't exactly the case. Of course, the two high schools are in different conferences, which makes scheduling one another a bit more difficult -- particularly in a nine-game football season.

But Friday night, when the Tiger Cubs hosted the Athenians at Harbison Stadium, was a lot of fun. Coming off some down years (almost a decade of them for Crawfordsville), the two schools opened 2016 against one another, a game that was scheduled only as a product of the cascading effect of South Vermillion leaving the Western Indiana Conference after last year.

Luckily, athletic directors Greg Hill and Bryce Barton were able to parlay their shared week one vacancies into a matchup that last took place in the sectional opener in 2003. And who knows how long it had been before that.

Regardless, Crawfordsville came to Greencastle with both teams looking to get things off on the right foot in 2016.

The result was a pretty darn good game -- 210 yards from a GHS senior running back, a 14-point CHS deficit almost completely erased, the Tiger Cubs making plays down the stretch to preserve the win.

I'm not saying it was exactly the Monon Bell Classic. I'm not even saying it returned the two programs to what many would consider their best years, when John Fallis and Rick Schavietello ran the two teams back in the 1980s.

(A question for locals: Did the two teams play regularly back then? Ever? Email me at jjernagan@bannergraphic.com.)

I'm just saying that a Greencastle-Crawfordsville rivalry would be fun. Not just in football, but in whatever sport we're talking. The two schools have either started or finished the boys' basketball regular season against one another almost every year for at least 24 straight years.

While that sounds like the way you schedule a rival, I've never noticed much fanfare around the matchups.

I think they play in most sports during the year, but it seems to be just another game.

It shouldn't be just another game.

Just don't call it off.