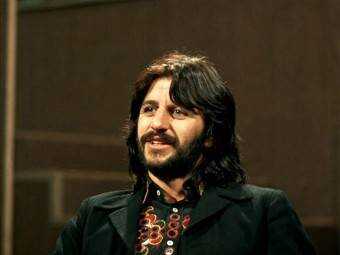 What if I told you the best solo song from one of the Beatles was by Ringo?

That's right, Ringo. You know, the one you don't appreciate enough as a drummer, the least-celebrated member of the band and almost certainly the worst singer in the four.

But I'm not telling you that Ringo is has the best solo song. He has my favorite post-Beatles song. There is a difference, kind of like how I prefer the Stones or Zeppelin or the Clash to the Beatles, but I would never say they are better bands.

They are not but their sounds suit my personal tastes more than the Fab Four.

In much the same way, songs like George's "My Sweet Lord" and Paul's "Maybe I'm Amazed" and John's "Imagine" are probably the top contenders for best Beatles solo work.

With that said, there's something about Ringo's "It Don't Come Easy" that gets me every time I hear it.

(Here's hoping that embedding the video meant that you didn't, like me, have to watch that same Todd Young commercial for the 10,oo0th time. "The Marines are the tip of the spear..." I get it, Todd. Stay off my videos. I much prefer Ice-T at a lemonade stand or The Dude waking up Tom Brady.)

It's interesting and fitting that this video is credited to Ringo Starr and George Harrison. Although songwriting credit goes only to Richard Starkey (Ringo's real name, which he uses for songwriting credits), Ringo has said that he and George actually co-wrote the song.

Even though a proper Beatles reunion never happened, it's nice to know that things were not so acrimonious that members of the band couldn't get together and still make some good tunes.

And for the record, George is my favorite Beatle, so there's that.

I really don't have much else to say about this song. It's just a darn good piece of music that makes me feel good.

And that's the point of a good song, right?