Townes Van Zandt: If I Needed You 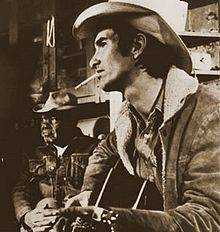 Unfortunately for those of us who can really appreciate a good songwriter, Townes finally drank himself to death on New Year's Day 1997.

If you've heard of him, good for you. If you haven't but are familiar with good country music, you may be familiar with his work through covers by Emmylou Harris and Don Williams or Willie Nelson and Merle Haggard. I'm of the opinion that the originals are better, but we'll get back to that later.

A couple of stories about Townes Van Zandt before we listen to a song.

The first one's well known if you're into that certain sort of left-of-center-Texas-country-folk played by Van Zandt, Steve Earle, Guy Clark, Lyle Lovett, Robert Earl Keen and others of their ilk.

Earle said of Van Zandt at one point in the '80s “Townes Van Zandt is the best songwriter in the whole world and I’ll stand on Bob Dylan’s coffee table in my cowboy boots and say that.” I have a buddy who once tried to paint a picture of Earle standing on Dylan's coffee table. I don't think he ever completed it.

Either way, it's just the sort of brash talk in which Earle still loves to engage and also the kind of talk that embarrassed Van Zandt. His response when asked about Earle's comment was “I’ve met Bob Dylan’s bodyguards, and if Steve Earle thinks he can stand on Bob Dylan’s coffee table, he’s sadly mistaken.”

It's precisely the kind of humor that endeared Van Zandt to the folks lucky enough to see him perform. His terrible jokes are perhaps the best part of his classic live double album "Live at the Old Quarter."

The other is less funny given that Townes ultimately succumbed to his addiction, but still a strange sight to picture.

In an effort to quit drinking, Van Zandt once had Earle tie him to a tree. Obviously, it didn't take.

But enough of my yackin'. Here's a live version of "If I Needed You."