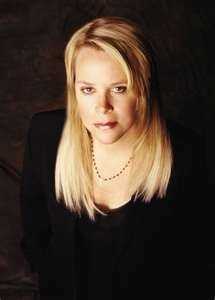 I grew up listening to a lot of country music (with just enough of a dose of '80s MTV mixed in, thanks to my brother). About I was getting into high school, I got away from contemporary country music and never really came back.

As such, I've spent the better part of the last two decades wondering what's wrong with current country music. Too slick? Not "country" enough? (Whatever that means.) Not true to its roots? Too formulaic? Just a bunch of pop songs with twang?

While a number of these factors may be true about the flow of music from Nashville, an article from No Depression from about a decade ago made me think about it differently.

In a piece about Porter Wagoner, not long before that hillbilly legend's death, writer David Cantwell refers to Wagoner's style as "music for grown-ups." Wagoner sang about "the cold, hard facts of life," as Cantwell put it.

Now that is the problem, I thought as soon as I read those words. People lived and died in Wagoner's music. Love went wrong. Men worked terrible jobs and drank hard at the end of the day, not to party, but because that's how they dealt with their crappy lives.

That was classic country music and what's missing from a lot of contemporary country. I don't care about where your party is. I don't care what kind of liquor you like. I don't care to hear about the things you plan to do to your girlfriend once you've parked your pickup truck in the woods.

What's "wrong" with country music is a question of substance more than style.

I mention this because my mind recently began drifting back to an artist from my own youth, one who's style has almost nothing in common with Porter's, save that she also made (and still makes) music for grownups.

Born in New Jersey with time spent as a youth in D.C., Connecticut and even Japan, Mary Chapin Carpenter hardly had what you'd call a quintessentially "country" upbringing.

With the benefit of hindsight, Carpenter's music seems to me to be more in line with what we might call singer-songwriter or adult contemporary or occasionally even folk.

And yet there she was with nine appearances on the country top 10 in the early '90s with songs like "Down at the Twist and Shout," "I Feel Lucky," "Passionate Kisses" and "Shut Up and Kiss Me."

While I recall some of these more "good-time" songs, I believe Carpenter's most poignant work came when she made the grown-up songs Cantwell was talking about.

I can't say that when I was nine or 10 and singing along to songs like "You Never Had It So Good" or "Quittin' Time" that I really understood what Carpenter was saying.

But right about the time I turned 13, Carpenter released a song about divorce called "He Thinks He'll Keep Her" and a switch flipped on in my mind.

With its rather nuanced message about feeling trapped in a marriage and subsequently empowered at starting over, I was introduced to the rather adult concept that life exists in shades of gray. As a kid who had grown up believing divorce to be a bad thing (which it is), it helped me in understanding that sometimes life is about the lesser of two evils.

Reflecting on it now, I realize that "He Thinks He'll Keep Her" is the first song that really worked on an adult level for me. It was my introduction to "music for grown-ups." Besides contributing to my maturity as a music fan, I think well-written, thought-provoking songs like this contributed to my growth as a person.

I'm forever grateful to the musicians who've made me think and feel.

Damn, I miss some of this good music. Thank God for Youtube.