Saturday Morning Jam: All of Me - Willie Nelson 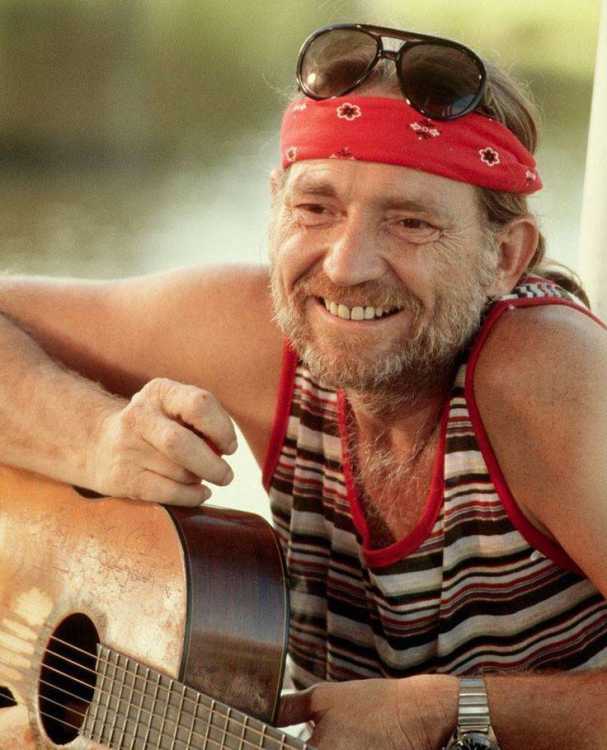 Friday got unexpectedly busy, which is one of the things I love about this job. Sometimes this job takes a sudden right turn into what we call "hard news" — crimes, fires, wrecks, etc.

Those days tend to be both depressing and exhilarating at the same time.

But Friday was a bit more of a left turn ... into good news.

The good news was that Greencastle's own Jinsie Bingham received a 2017 Golden Hoosier Award. It was a nice, little story to tell. If you haven't read it, click that link.

As such, though, I couldn't post a Friday Jam. Instead, I'm giving you a Saturday Morning Jam.

Much like Saturday morning, as opposed to Friday, this one's a bit more restrained.

For as eclectic as my tastes can be, I feel like my musical upbringing was a bit sheltered. While my older brother's 1980s MTV watching gave me a pretty decent base for rock music of that era, besides that country was almost exclusively played in my parent's house.

This is a bit of a tragedy considering that I got older and discovered my mom had previously been into some decidedly non-country stuff like the Beatles and Frank Sinatra.

Being into country music like that kind of seals one off from other stuff. I didn't really understand the connection country had to rock, soul, blues or even jazz.

To my young mind, though, "All of Me" was just a Willie Nelson song. If you had asked seven-year-old Jared to name three Willie songs, I would have named "On the Road Again," "Always on My Mind" and this song. (Which is weird because as I understand it, "Blue Skies" and "Georgia on My Mind" were the actual "hits" off the album "Stardust.")

Anyway, I loved this song and just thought of it as country. I didn't understand that it's a jazz standard that had, at that time, been around for a half century. I didn't know that luminaries like Billie Holiday, Louis Armonstrong, Benny Goodman, County Basie, Frank Sinatra, Django Reinhardt, Dean Martin and like 1,000 other people had recorded this song.

It was just a Willie song.

And it is a Willie song. The beauty of "Stardust" is that, for the most part, it's Willie taking these ubiquitous songs and not just recording them, but making them his.

Unfortunately, I resisted really giving the album a chance simply because it's all covers. I love a good cover song, but if you're a great songwriter, then you should, you know, record the songs you write.

But this isn't a case of 65-something Rod Stewart recording a bunch of standards because he's just kind of lazy and stopped writing songs 40 years ago. This is a songwriter, at the top of his game, taking that songwriting skill and applying it to someone else's song.

It also doesn't hurt that the album was produced by Booker T. Jones, who also contributed some sweet organ licks to the album.

Anyway, no Booker T. on this live version, and it's a bit sped up from the album. But it's still pretty good.

Enjoy the mellow tune and enjoy your summer Saturday.