Friday Jam: Trip Through Your Wires-U2 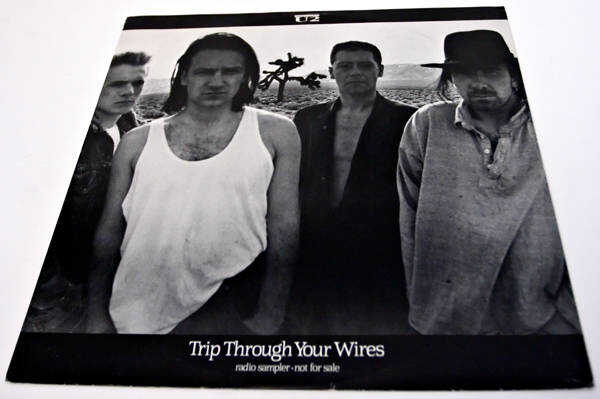 U2 can be a pretty polarizing band. You either love them or you love hating on them.

There's little middle ground. People either think they're on the short list of all-time great rock bands or think they're completely overrated and overwrought.

Somehow in my time as music fan, I've been both sides of that argument to a certain degree.

I think I've comfortably settled in to a place where I respect U2's longevity and ability to remain relevant for almost 40 years. No lineup changes since 1978 is amazing.

With that said, I don't generally seek out their music. When I heard they were going on a big tour this year, my reaction was, "I bet that'll be a helluva show. But I'm not fighting those crowds."

Save it for the true U2 lovers.

But any band that's been around for this long has its share of good songs and good albums. With that in mind, earlier this week I revisited "The Joshua Tree" for the first time in a while.

I noticed different things this time than when I've previously listened. What I've always noted in the past is how ridiculously front-loaded the album is. Seriously, the first three songs were the first three singles (and three biggest hits) — "Where the Streets Have no Name," "I Still Haven't Found what I'm Looking For" and "With or Without You."

Even the fourth song "Bullet the Blue Sky," though not a single, was the other song I knew the most of the album.

But when you flip the vinyl on this one, it takes a change — and it's not a bad change.

Nowhere is that more evident than on "Trip Through Your Wires" with its touches of blues and country — which puts it right in my wheelhouse.

From my understanding, the band shelved this song after the tour in support of "The Joshua Tree," not revisiting it live until this year for the album's 30th anniversary, when the concerts feature the album in its entirety.

That kind of makes sense, considering how the band's sound developed in the '90s. Then again, I'd argue that nothing they've made since 1991's "Achtung Baby" was actually as good as this.†

Here's U2 playing "Trip Through Your Wires" back in the late '80s.

I think they'd be wise to keep it on the setlist even after this tour.

†--OK, one exception: "Hold Me, Thrill Me, Kiss Me, Kill Me" from the "Batman Forever" Soundtrack in 1995 is one of the coolest things U2 ever did.