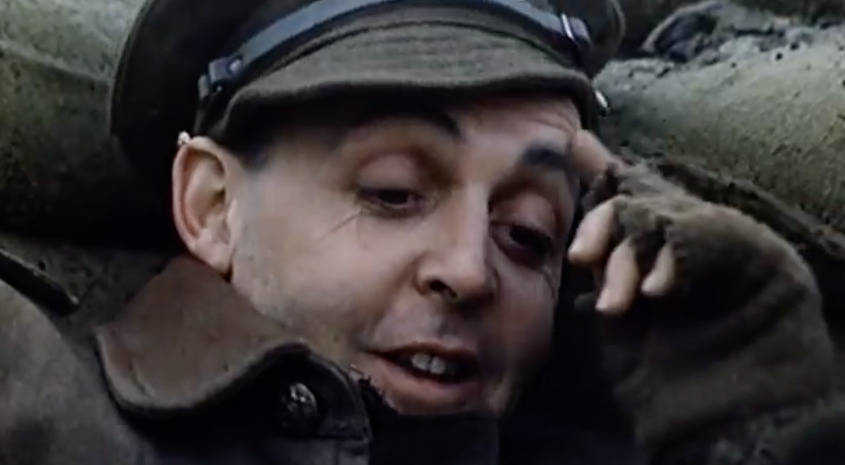 While making a deep dive into the Beatles catalog recently, I tried to recall when I first became conscious of the band that changed rock 'n' roll music — and probably kept it the dominant form of western popular music for another 50 years.

I suppose it must've been via "The Beatles Cartoon," which I believe ran on MTV or VH1 in the mid-'80s. But by the time I was born, the Beatles had been broken up for just as long as they were together. By the time I can actually remember, it had been even longer.

So, when did I become conscious of the Beatles as individuals? It varies for each one.

Ringo is the only Beatle I could differentiate from the others on the cartoon because of his giant, cartoon nose — not to be mistaken with his slightly-less-giant real nose. I heard once that, for the very same reason, Ringo was the favorite Beatle of many American audiences when The Fab Four first invaded U.S. soil in 1964.

All of which is weird, because the other three don't really look alike, particularly in real life.

I was aware of John from an early age because I had been told for years that he was assassinated on the day I was born — Monday, Dec. 8, 1980. I've never really known what to do with that information, but I've always found it interesting.

Incidentally, Lennon's death is the reason I can always remember that I was born on a Monday because I know Howard Cosell delivered the news to the nation on Monday Night Football.

George came later than the others, for some reason. My first memory of him came via the video for "I Got My Mind Set on You." (Remember the squirrel playing the pipe as a saxophone?)

I didn't make the connection to him being a Beatle for years. Within a year of that video, he would be, in my seven-year-old mind "One of the Traveling Wilburys who isn't Tom Petty or Roy Orbison. That's right, I didn't even know Dylan.

In much the same way, I didn't identify Paul as a Beatle. He was just a singer named Paul McCartney.

This is probably in part because my memory of Paul comes a bit earlier. I remember him being on MTV when I would watch it with my older brother. Although I really didn't understand much about genres or styles, I was conscious enough to realize that Paul was a little different from most of the artists whose videos I was seeing. I was older and less given to weird haircuts than most of the acts of the early-t0-mid'80s.

In that way, he occupied a place among MTV artists that was pretty much occupied by him, Billy Joel and Elton John.

But still, that first memory of Paul was sketchier, a single image frozen in my mind. Paul was dressed as a soldier, hunkered down in a trench and the screen was black and white — or at least in muted colors.

So, through the wonder of the intenet, I've taken that single image (check out the screen shot at the top) and discovered that the song was "Pipes of Peace," the title track of Paul's 1983 album.

Listening to the song for the first time in at least 30 years, I didn't remember it a bit. I feel it suffers a bit from dated production methods but it's a pretty solid song. What shines through is Paul's great voice and unshakable knack for a great melody. The children's choir in the background is always a good choice on a song about peace.

The video itself is pretty cool, a dramatization of the Christmas Day Truce of 1914, with Paul portraying both a British and a German soldier. The twist ending makes me smile every time.

Enjoy the video and be good to each other, my friends.