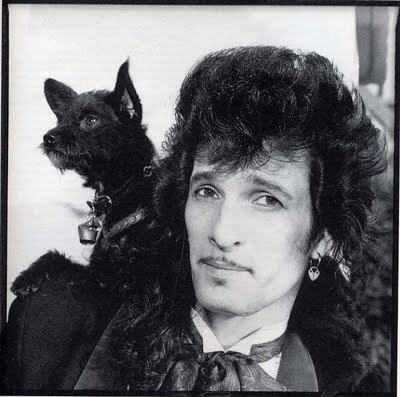 In spite of my love of physical albums — in vinyl or CD form — I have certainly come around on my use of digital streaming music.

While I remain a grumpy old man who loves my liner notes, I've found both Spotify and Pandora to by useful in their own ways when it comes to getting a better taste of an artist or in constructing a "station" to exactly the kind of stuff I want to hear at a particular time.

But it also comes with its frustrations. About a month ago, I was listening to the Kinks a lot so I wanted to hear some more garage-y stuff from the '60s. I figured I'd only seen the tip of the iceberg.

Unfortunately, when I programmed in a Kinks station, what did it play for me? The Beatles.

You see, I think of streaming services as a way of discovering new things or hearing obscure stuff I haven't heard in a while.

If I wanted to hear the Beatles, sprinkled in with some Rolling Stones, David Bowie, the Who and Pink Floyd, do you know what I'm going to listen to? Regular old analog radio. Or maybe my own album collection.

But these seem to be the offerings each time I'd get a different interest and wanted to learn more.

That changed this week, though, when I went was a just slightly more obscure band from the '7os and '80s — Mink DeVille.

Despite years of heroin addiction, three marriages and lord-knows what other weirdness, the quality of DeVille's output seems to have been consistent over the years.

In this situation, though, that's my good fortune. Willy never got famous enough to really be closely associated with any particular sound. He was also eclectic enough that a Pandora or Spotify station based on his music presents a nice mix.

It was a fun, refreshing day of good music, and I have Willy's music to thank for it.

Have a good weekend, friends. And may I say, take a drive down a backroad once in a while. It's a little slower but the scenery might do you some good.