Tom Petty was the soundtrack to our lives 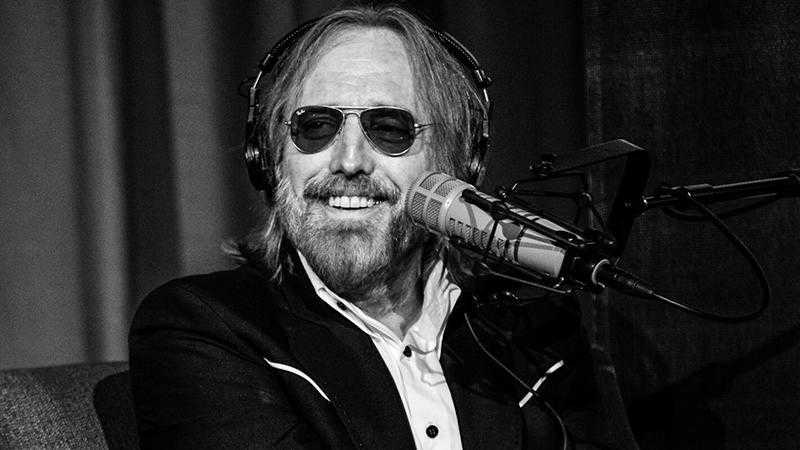 I spent a long time not realizing how much I loved Tom Petty's music. Ever since my full conversion to rock fandom at age 15, Petty's just always sort of been there.

I took it for granted.

Petty was never my favorite artist, but not in that "I'm not trying to be insulting but I really didn't like him" kind of way. His music meant a lot to me but never quite as much as say Bob Dylan, Bruce Springsteen, Pearl Jam, Led Zeppelin, the Rolling Stones or a half-dozen country rock bands a lot of you haven't heard of.

Or at least that's what I thought.

While Tom Petty never really left my life, he did get my personal critical reassessment in just the last year or so.

Part of that was finally watching "Runnin' Down a Dream," the four-hour 2007 documentary about Tom Petty and the Heartbreakers on the occasion of their 30th anniversary as a band.

After seeing his career examined in depth, I needed more, discovering great songs like "Southern Accents" and "Century City," which were previously unknown to me.

The second, and maybe more meaningful, reason I got back in touch with Petty's music is my seven-year-old son. As a confessed music freak, I'm doing my best to instill a love of good music in both of my children.

Probably about a year ago, I turned Miles on to Petty and the boy couldn't get enough. We bonded over songs like "Runnin' Down a Dream," "Free Fallin'," "American Girl," "Mary Jane's Last Dance" (my favorite) and "Refugee" (his absolute favorite).

In fact, "Refugee" is so beloved at our house that even my two-year-old sings it, although Hannah's version is something more like "Don't don't live like eff-a-GEE!"

Why does Petty's music speak to children? I think it's because it's completely devoid of pretense.

For one thing, it was hard to ever associate Petty with any "movement" in music. The dude just wanted to make rock 'n' roll music, not punk, new wave, alternative or any of those other sub-genres that eventually gave us way too many labels for guitar-based popular music.

More fundamentally, I think Petty's songwriting was pure. A relatively unknown musician whose music I enjoy remarked on twitter the other day that when Bob Dylan dies it may break the internet.

Dylan has always been a top five artist for me and nothing about that has changed. But I don't actually think Dylan's music touched people as closely to the heart as much as Petty's did. When I listen to a Dylan song I haven't heard before, I'm always thinking, "Oh, he's trying to say SOMETHING. Now, what is it?"

I never feel that way about Petty's music. He was an insanely good songwriter precisely because his music didn't seem to say anything you hadn't thought on your own. Listen to Tom sing and it's like you're having a conversation with that one guy you know.

The simple clarity sometimes belies a deeper meaning, but it can always be enjoyed at face value as well, and that's refreshing. (As an example, I've probably heard "Listen to Her Heart" 200 times and I didn't realize until reading Petty's Los Angeles Times obituary that the song was actually an allegory for the music industry forces Tom was forever raging against and usually winning.)

I've talked to some friends about it in recent days, and they've had some interesting observations.

I agree. This one definitely hit me harder than David Bowie or Prince or any other rock death I can recall. I think that's because, as I said before, Tom Petty's just always sort of been there.

In a conversation with yet another fellow fan, he specifically remembered seeing the "Don't Come Around Here No More" for the first time when he was in sixth grade and recalled buying the "Full Moon Fever" tape from Vine Street Records and Tape a few years later.

I got other stories, both from people I know and those I just read about on the internet. "I was riding the bus the first time I heard 'The Waiting,'" or "I was 15 when I saw the video for 'Runnin' Down a Dream' and it blew my mind." There was even a recollection of spring break in the 1990s and being acknowledged by the entire bar as "THE Indiana boys" of "Mary Jane's Last Dance."

My personal Petty story starts in 1988 with the release of the Traveling Wilburys "Vol. 1." I must have known Petty from videos like "Don't Come Around Here No More" because he was one of only two Wilburys, along with Roy Orbison, whose face I knew immediately when videos like "Handle with Care" and "End of the Line" came on MTV.

Besides Petty and Orbison, I suppose I knew George Harrison as "the guy from the video with the squirrel play saxophone." That's right, one fourth of the band that was once bigger than Jesus was reduced to an unnamed guy from a campy late-'80s video.

Hey, I don't owe anyone an apology. I was seven!

He was also there when my big brother moved home from college. ("I Won't Back Down")

He was there as I sat nervously in a locker room, ready to take the field for my very first high school football game ("Mary Jane's Last Dance")

Tom Petty was always just there, for some reason providing us with oddly specific memories of moments in our lives.

Anyway, I only saw Petty live once, a 2001 tour when I was 20 years old. It was a great show, punctuated by Petty observations like, "I don't know if any of you listen to country radio, but what they're playing isn't country, it isn't rock, but it certainly is sh**."

Tom was never shy about sharing an opinion.

But what I really remember about that show is good times with my friends. We got stuck in traffic around Noblesville and wound up missing all of Jackson Browne's opening set. (What 20-year-old really likes Jackson Browne anyway?)

I remember that as we came through the gates, Mike Campbell tore into the opening riff of "Runnin' Down a Dream" and we knew we were in for a good night.

Through tears on Tuesday, I texted several of those guys and thanked them for sharing in that special moment in my life.

I had hoped to share a similar moment with my son at a Petty show, but decided that this past summer's 40th anniversary tour was a bit much for a seven-year-old.

We'll catch him next time, I reasoned.

And so Tom will have to live on for Miles in studio form only. He soundtracked my life and those of so many others, so why can't he also be there for my son as well?

Thanks for the memories, Tom. As my friend said, you spoke to so many of us. You're going to keep doing it, too.

You belong among the wildflowers.

You've probably all heard 100 Tom Petty songs this week, so let me add five more. What follows are five of my favorite Petty songs that you probably won't hear on the radio.

What's weird is that at least four of these were singles, yet you still don't hear them much. It's a testament to the man's music that songs this good have trouble cracking his top 25 best-known songs.