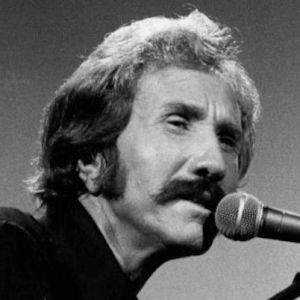 As many of you know, my dad died two weeks ago today. In the time since, I've fielded a lot of questions about how I'm doing.

The truth is, I'm doing just about as well as can be expected. While it's true that you only get one dad and it's also true that I am now an orphan with both parents gone, Dad's dementia meant we had been losing him incrementally for years now.

And so, when he took his final breath that evening, it was just the last step on an long march we've been witnessing for so long. My wife, two of Dad's sisters and I were sitting in his room, telling stories and laughing, when we realized he wasn't breathing anymore.

While there was an initial shock of the new reality, as I walked down the hall to get a nurse, a sense of relief washed over me. It was relief for Dad that his suffering was over, but also relief for those of us who loved him that the countless hours of worrying were over.

And what better way for my old man to go than to be in a room filled with kind voices and laughter. That was his element. He would have loved the stories of that evening.

Since his passing, I've certainly shed my share of tears, both for Dad and my grandma (Mom's mom) who passed away a few days later.

When people learn that we lost both of them, I think they assume that I'll be a wreck. I feel a little guilty that I don't feel all that bad.

There comes a point when quality of life has deteriorated to the point that we no longer try to hold on to our loved ones. In a sense, they've already passed away.

Besides all of this, I believe there is a reward in the next life. I believe my mom claimed that reward nearly seven years ago and I believe that she was recently reunited with her husband and mother in a matter of days. I'm so happy for all of them that I can't waste my time on being sad for me.

With all of this in mind, my song selection for today is a song that makes me happy and makes me think about Dad. It's only incidental that "El Paso" is also about death. It's a classic country story song, how could there not be a body count?

I suppose that for Dad, any Marty Robbins song would have done, but this was at least always my favorite. I don't know if Dad had a favorite, but I do know that there was one particular Robbins concert that he raved about for decades afterward, and I don't remember Dad ever talking about any other concerts.

Apparently Marty was really feeling it that night, because he kept doing encores even though he needed to get going. Dad recalled him coming out for the last time and saying, "They're telling me I gotta go so I can make the next show, but you've been a great crowd so #$%* 'em!"

And then he played a few more songs.

I don't get the impression that this particular evening at the Grand Ol' Opry was quite that wild, but it's still a good performance of a great song.