Weekend Jam: The Killing Moon-Echo and the Bunnymen 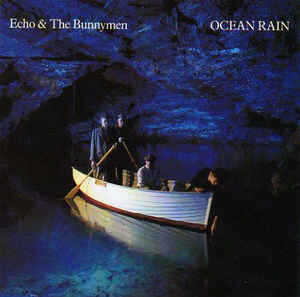 It's the weekend, which means that many of you are going to be hearing a lot of '80s music as some nostalgia-driven station does the obligatory "All '80s Weekend."

As a man who draws much of his favorite music from the decades on either side of the '80s, I think I'm supposed to speak ill of the decade of Madonna and Reagan and Mötley Crüe and Rubik's Cube.

I'm not going to do that.

I will say that these All '80s Weekends often miss the mark. It's not that '80s music doesn't deserve to be celebrated -- it's just that they choose all the wrong stuff.

Play all the "Born in the U.S.A." era Springsteen you want. Play Michael Jackson. Play the aforementioned Madonna or Crüe.

Hell, play me some one-hit wonders like Dexie's Midnight Runners or a-ha or Tommy Tutone or Til Tuesday.

Just don't try and convince me that "Somebody's Watching Me" or "I Just Died in Your Arms" or "Mexican Radio" are good songs. They aren't. I don't want to hear them ever again.

And for heaven's sake, don't play an Frankie Goes to Hollywood. That song is terrible.

Instead, try reacquainting (or introducing) yourself to a band like Echo and the Bunnymen.

Sure, its a ridiculous name. And, certainly, it's made by frail-looking British men who seem to take themselves too seriously.

But this song is really good. In fact, I think their entire 1984 album Ocean Rain is absolute gold.

You wanna have a good '80s weekend? Start here.

And after you're done with that, try the Replacements, early REM or Run DMC. That's the start of my kind of '80s weekend.