Saturday Jam: Shot in the Arm-Wilco 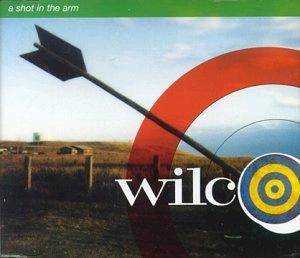 It didn't go well, at least not by the record company's standards. While critics dug it, the record sold a modest number compared to 1997's "Being There."

It was another act in a drama between Wilco and its label, Reprise, that ended two years later when the label dropped the band, only for the band to stream it's new album "Yankee Hotel Foxtrot" on its website (before things like that really happened) and for Nonesuch Records -- which is owned by the same people as Reprise -- to pick up the band.

But I'm not here to talk about that record. In fact, I think "Summerteeth" sometimes gets overlooked in the love for "Yankee Hotel Foxtrot" and the Grammy-winning "A Ghost Is Born."

"Summerteeth" represented a band making a choice. They could do what the label wanted and make a record that would end up in rotation on the radio. I truly believe this group of musicians had that capability.

Additionally, it's so very good.

What's included below is a live clip of "Shot in the Arm," which has always been the centerpiece of the album as far as I'm concerned.

What amazes me is how on the money the performance is. I love a great live band, and Wilco is definitely that. However, you'll forgive them if songs like this, which are such a product of the studio, aren't arranged in exactly the same way.

And yet this one is. The most important element of this song is that piano line. As it stumbles forward, the rest of the song comes along for the ride. It's there, despite the band using a different piano player than it did 11 years earlier when the album came out.

In fact, Tweedy and bassist John Stirratt were the only remaining members who had made the original song.

The performance does not suffer for it.

Also, can we just give a tip of the cap to Tweedy's Nudie suit? Although he doesn't simply save this traditional country garb for Music City, it is pretty cool that he wore it for a performance at Nashville's Ryman Auditorium, the real home of the Grand Ol' Opry.