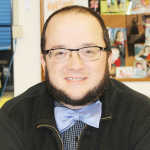 Tonight is the first of two nights of the 10th-annual Greencastle Music Fest. A success at drawing people downtown since the beginning, it's now gotten big enough that festival founder Gail Smith has decided to make it a two-night event, with country tonight bands and rock 'n' roll on Saturday.

But tonight, there should be a bit more twang in the air -- but not too much twang, as Country Summer and When Country Went Pop are both country pop bands (as you might imagine from the latter).

Now, I generally think of country pop as not my thing. You won't catch me listening to current country radio -- at least not if I'm picking. But When Country Went Pop presents a conundrum for me. When they describe their influences as "Garth, Shania, Tim, Martina, etc..." they're speaking my language. I don't love all those acts, but I certainly know them. (And let's be honest, I was obsessed with Garth Brooks in about 1992.)

For me, though, my country pop roots run a little deeper. Classic acts like Kenny Rogers and Glen Campbell certainly had their crossover appeal (and roots in other types of music) but I'm thinking just a little later.

My mind is more wandering to the era of fluffy mullets and bolo ties. For my money, if you needed a late-'80s country band that could appeal to pretty much any audience, you couldn't do much better than Restless Heart.

And while the band had some legitimate crossover success in the era after classic lead singer Larry Stewart left (Ever heard of "When She Cries" or "Tell Me What You Dream"?) something is missing from those songs for me.

There was something about the harmony of those earlier songs with Stewart singing the lead. In the right song, it was almost ... haunting.

While "Fast Movin' Train" and "Dancy's Dream" are both great examples, the band's best instance of painting a picture with just the sounds -- no even the words -- of their voices is "The Bluest Eyes in Texas."

I distinctly remember waking up in the middle of the night when I was about nine to the sound of this song on by brother's stereo. I'd heard it dozens of times before but never quite like this. If her eyes were haunting him anything like the sounds of their voices were sticking in my head, then look out.

What a good song. What a weird, random memory.

So, here, enjoy a great song.

And if I have any advice for you this weekend, get out and enjoy Greencastle Music Fest. At $5 each day, it's an absolute steal of a deal. I'll probably be around for a while tonight but, unfortunately, have to be out of town tomorrow.

Have fun and be good, people.