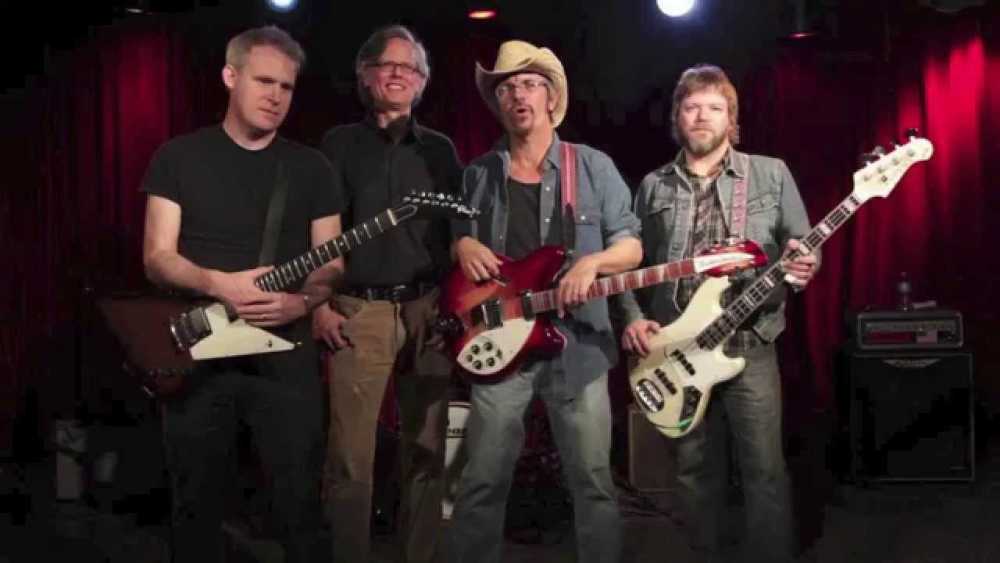 With Nicole and I planning to embark on a trip to St. Louis, I needed some St. Louis music and I didn't have to get past the second letter of the alphabet and The Bottle Rockets. (Technically they're from Festus, Mo., but let's not split hairs.)

These guys were among the leaders of the roots rock revival of the 1990s and they've been going strong ever since, even if widespread fame never came their way.

Personally, I'm a big fan of their 1994 sophomore effort "The Brooklyn Side" — though their 1997 song "Indianapolis" was featured on this blog a decade ago.

They also have some ties to a couple of bands I love even more — Uncle Tupelo and Wilco. I'm not sure if Bottle Rockets frontman Brian Henneman was ever officially a member of either band, but it seems he can play anything with strings, which earned him a role as roadie/guitar tech/guest musician in the latter stages of Uncle Tupelo and the subsequent formation of Wilco.

Featured here today, though, is "Pot of Gold," a beautiful, plain-spoken ballad of adoration. I knew this song before I fell in love with Nicole, but it's made me think of her ever since. With us celebrating our anniversary this weekend (It was actually two weeks ago) and an outside chance that we could see the band live while we're in the Show Me State, I figure it's a perfect time to share it with you all.

You can have my piece of pumpkin pie — I'll stick to pecan.

This is a reminder to watch the greatest Thanksgiving movie there is: "The Last Waltz."