The greatest album ever made, 40 years later 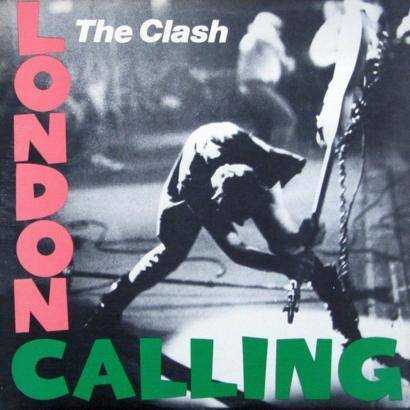 In the last week, I've noted a number of things that almost moved me to sit down and write something.

Even on Saturday, the day I'm ultimately writing about (if not on), I could have written about "Time Out," the Dave Brubeck quartet's landmark album.

But, no. Saturday, Dec. 14 marks the 40th anniversary of The Clash's "London Calling," my absolute favorite album of all time, and it's really not that close.

First of all, it masters the art of the double album, which I believe are often the result of artists getting too big for the label to tell them "No, you just don't have enough songs to pull it off."

The Clash did have enough good songs.

In fact, Joe Strummer and Mick Jones were in such a groove as songwriters that "Train In Vain," the most immediately catchy song on the album, was a late addition, tacked on as track 19 and didn't even make the original liner notes.

The album plays so well, in fact, that when I first got into it in my early 20s, it didn't leave my car CD player for something like three weeks. I spent like two hours a day in my car back then and Joe, Mick, Paul and Topper were my constant companions. Wherever the album was when I got in was where I picked it up. After the final notes of "Train In Vain" faded away, I just expected the hard-driving opening of the title track to kick in after a few seconds.

What can we say about that opening track? There's such immediacy, such anger to it. But it's not the nihilistic anger the Sex Pistols had introduced to the world a few years earlier.

Instead, these guys are idealists, looking for a different world than the one they've been handed.

Punk rock had always been about freedom, expressing yourself as you see fit, but with this record, The Clash was really declaring its independence from punk rock itself. Unlike the Pistols and those of their ilk, these guys helped break the mold of punks as bad musicians. Jones and Topper Headon in particular are great instrumentalists.

But beyond this, the music itself isn't really "punk" in any easily-definable way. Sure, the punk energy remains, but this is so many more things -- hard rock, rockabilly, R&B, reggae, pop. A year later, the band would even dabble in hip-hop (with mixed results).

The bottom line is, there's not a bad song to be found on here, and that's saying something in 19 tracks. Besides the great opener and closer, it's hard not to love songs like "Rudie Can't Fail," "Lost in the Supermarket," "Guns of Brixton" (Paul Simonon's first foray into lead vocal duties), "The Card Cheat" and "Revolution Rock."

For my money, though, my favorite song on this will probably always be "Spanish Bombs." A big reader and a watcher of current news, Strummer uses the song to compare the 1970s tourists sites of Spain with the Spanish Civil War 40 years earlier. He even goes so far as to sing part of the chorus in Spanish, though I understand he kind of screws up the syntax.

My favorite part of the song, and the reason I didn't use a live version, is the way Strummer and Jones use their voices together on the song. It's hard to pinpoint who the lead singer is on this one. Sure, Strummer sings every line, but when Jones joins in (on most lines) it's his voice -- the desperation of it -- that comes through most clearly.

It's the kind of song that, even if you don't know what they're singing about, you can't help but get a little worked up yourself.

I'd also be remiss if I didn't mention that the record inspired a good friend of mine, you all know him as The Bearded Painter, to paint an amazing version of the cover art and present it to me last spring. Rick might love this album even more than me and I'm honored to have that painting in my home.

And so, that's about it. Best album ever? I guess that's in the eye of the beholder.

But if I'm on a desert island and I just get to take one record, it's this one.

My only question is, where do I plug in my record player?