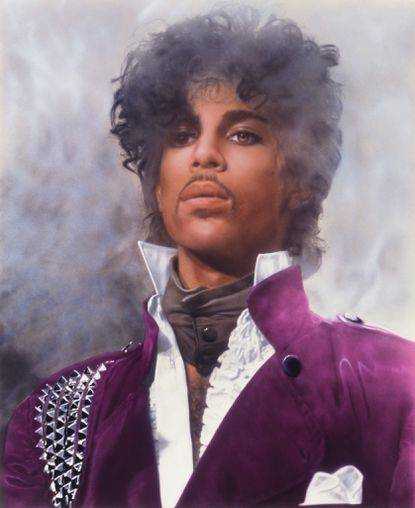 The first time I remember hearing Prince's "1999," I was eight years old.

Now, because I was alive and had two ears, I know I heard the song before that time. It was released in 1982 and my first distinct memory of the song is from 1989. But let's be honest, The Purple One was everywhere at some point in the mid-'80s. I had certainly heard the song multiple times in that seven years.

But I'll always remember riding with my big brother Sean in his 1979 Ford Mustang, which he bought in the spring of 1989, when the distinctive opening of "1999" came on.

He turned it up and said, "Listen to this song. It's about the year you'll graduate high school."

My mind was blown, not only by the great music but by the thought of graduating high school. To an eight-year-old, he might as well have said, "This is about the year you're going to walk on Jupiter."

(And yes, my fellow nerds, I know I couldn't walk on Jupiter even if I could get there. That's kind of the point I'm making.)

The year 1999 and graduating seemed so far away. The whole world could have changed in that time.

Of course, that 10 years came and went pretty fast and the world change a lot, though not in any of the ways I expected.

And now 31 years have come and gone. Like I said, a lot has changed, but not as I expected. Would flying cars and hoverboards (that really hover) be cooler than the internet and having a powerful computer in the palm of my hand? We can debate that another time.

These memories came flooding back to me this week when I was driving around and "1999" came on the radio. Of course I thought of Sean and the yellow Mustang (which later had one purple door -- but that's a story for another time) and Prince and how some music is so damn good that 37 years doesn't make much of a difference.

What I wasn't thinking of in that moment was the COVID-19 pandemic. For a moment I wasn't 39 years old and wondering what this global health crisis means to my family, older relatives, our community, the USA, the economy and the million other dominoes that are going to fall in the coming weeks and months.

No, I was just lost in the pure joy of a great song. And it honestly brings tears to my eyes thinking about what that kind of joy means to us at all times, but especially times like these.

It was a little chilly on Tuesday but I rolled down my windows and turned up the stereo to truly enjoy it. I even took a circuitous route to me next stop to make sure I heard the entire song.

It was totally worth it.

If I have any advice for you all right now, it's to first of all, do what you need to do to take care of yourself and your family. These are unnerving times and we have to make sure we take care of ourselves and those we love.

But we can't lose our joy. Find something that brings you joy -- your faith, your family, a good book, movies, music, board games ... the list goes on and on.

If, like me, music is one of your joys, I recommend listening to "1999" right now. I mean right now.

But I'm not posting the video here. I'm challenging you to get up from your computer or put down your phone or tablet and go to your music collection. Find "1999" (the album) or some Prince collection on record, on CD or (God bless you) on cassette or 8-track and enjoy 3:45 of pure musical bliss.

And if you happen not to own it in any of these forms, just search it on Youtube. I just want you to stop looking at a screen and try forgetting the world for a few minutes. Trust me, it will still be here when you get back, but you'll have missed like 13 new developments and that's probably a good thing.

God bless you all. Take care of one another.

And if you gotta die, then please listen to your body tonight.