Thursday Jam: Put the load right on me 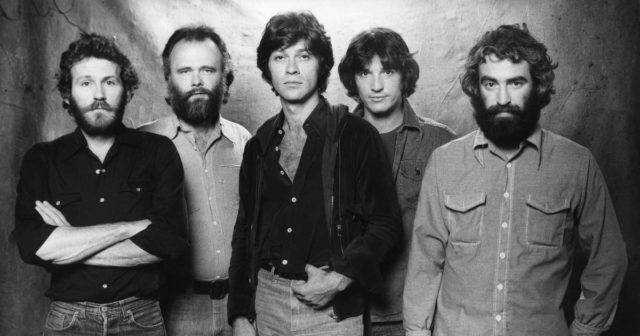 The Weight, my very favorite song by The Band, can lift my spirits every darn time I hear it, even now, in The Age of Quarantine.

In fact, a new (to me) version of The Weight came to my attention this week that's extremely appropriate to our current era.

Put together by a group called Playing for Change, this particular version of the classic features just one member of The Band -- guitarist and songwriter Robbie Robertson -- along with a cast of a couple of dozen other musicians from around the world.

Most notable among them is Ringo Starr (who at one time in the '60s was, statistically speaking, at least one quarter as big as Jesus), but it's several of the folks I've never heard of who impress me most.

What's amazing is seeing the way the song came together from these far-flung corners of the globe -- California, Italy, Japan, Democratic Republic of the Congo, Bahrain, Hawai'i, Argentina, Jamaica, Nepal, etc.

Let's be clear that the video was not made in the post-COVID-19 world. It took a year-and-a-half of crews flying all around the world to set the whole thing up. In a sense, it would be about the very worst thing you could do right now.

The video was actually released at some point last year, but it has gained some new poignancy as the world deals with COVID-19 and we figure out ways to enjoy one another's company, even as we can't physically be together.

It gives the song a level of beauty it never had before. And I didn't realize that was possible if the late, great Levon Helm wasn't singing lread and drumming.

It also makes me think of a new project a very good friend of mine has taken on. Most of you probably know him as The Bearded Painter. I call him Rick. If you haven't heard his story, have you been living under a rock? Just kidding. Click here.

Anyway, with a talent he discovered only after his life was completely altered by a mystery of neurology, Rick has not only become an excellent painter, but a painting instructor.

But how does one lead a painting class in the social distancing era? The same way Robbie Robertson plays guitar in Los Angeles while Mermans Mosengo sings in Africa -- through the wonders of technology.

So, on Wednesday, Rick used Facebook to show others how to paint an ocean scene. I tuned in, though I wasn't able to paint this week. It was another beautiful example of folks sharing life in spite of this sinister thing that's gripping the world right now.

Tune in for Rick's class at 6 p.m. next Wednesday (The Bearded Painter on Facebook). Have a video chat with an old friend. Stream a church service this Sunday. See if your favorite musician is doing any online shows -- some of them are taking requests.

Just don't let this quarantine shut you off from life. There's someone out there waiting to say, "Put the load right on me."