Wednesday Jam: My John Prine Choose Your Own Adventure blog 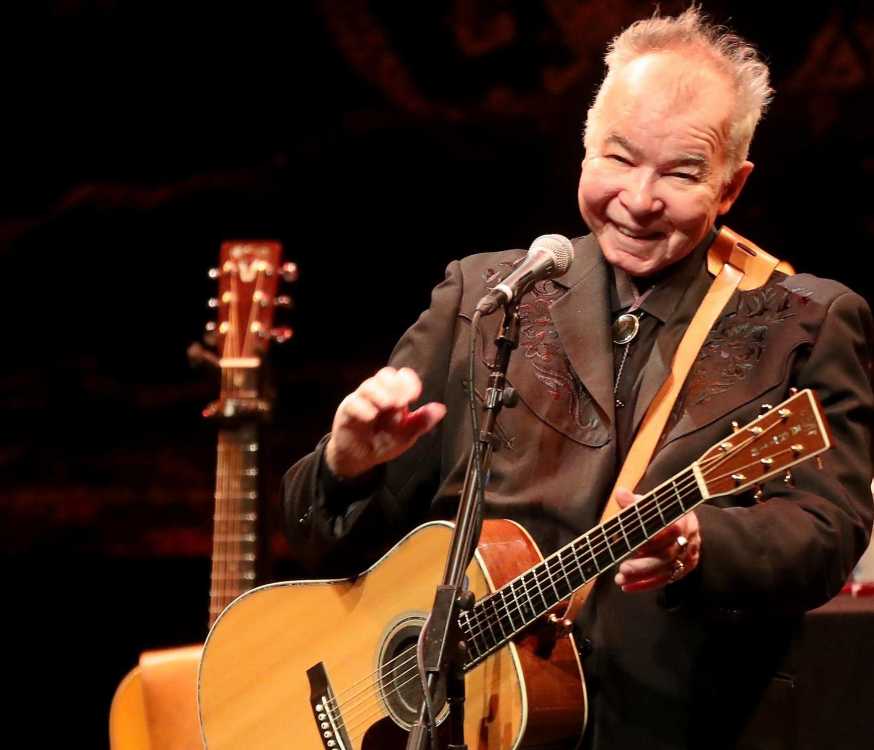 I've been thinking a lot about John Prine lately.

Prine is in my top three living songwriters and one of my two favorite graduates of Proviso East High School in Maywood, Ill. (Bonus points for if you get that inside joke. Tell me who my favorite is below.)

We learned over the weekend that Prine, who is 73, not only contracted COVID-19 but was listed in critical condition. His wife has since updated that he is "stable," but that also doesn't mean improving.

Having not yet been touched by this virus (though I'm sure I will be in some form), this is about as personal as it has gotten for me.

Prine's songs speak to me in a way few others do. (And I like a lot of songs.)

He's either either making you laugh or making you cry. When he's really on his game, it's a little bit of both in the same song.

So, right or wrong, I've spent the last couple of days listening to some of those downers. Maybe I should take the opposite approach and try to laugh. With today being April Fool's Day, I think I might.

But if burying two parents has taught me anything, it's not to deny your feelings and just act try to the way you're "supposed to." I did that after I lost Mom and it didn't work out well. I had learned my lesson by the time we lost Dad two years ago.

Whatever you're feeling, lean into it. If nothing else, I've found you get through the crappy stuff quicker that way.

So, I'm sending up lots of prayers for John Prine today and every day until his ordeal ends, for better or worse.

But for you, fellow listener, I'm offering sort of a Prine-based Choose Your Own Adventure.

If you [A] want to feel sad, keep reading immediately below. But if you want to [B] be happy in spite of it all, scroll down past the first video.

I've chosen to listen to "Blue Umbrella." It's actually a song about a relationship ending, which doesn't exactly fit the way I feel about COVID-19 and John Prine's health and worries about those I love.

But overall, it captures the way this pandemic makes me feel some days. It has me asking questions that don't really have answers. We shouldn't really expect answers in these situations, but it's still OK to ask.

Also, this isn't the best-known version of this song. While I love the version of the song that eventually made it onto Prine's third album "Sweet Revenge," the sparse arrangement of this demo speaks to me.

So, take it easy out there, folks. I told you all a couple of weeks ago it was OK be happy in the midst of COVID-19, and it is.

But it's also OK to feel bad. Just don't let it consume you. If it starts to, reach out to someone who'll listen.

Stay healthy out there.

Also appearing on "Sweet Revenge," this is one of my absolute favorite Prine songs. So much so, that last year when local musicians got together to do a bunch of Prine songs as a fundraiser for Beyond Homeless, I asked my friend Anthony Mullis -- though you may call him Gus Moon -- to sing this one.

And he did. Thanks again, my man.

This song may not seem entirely appropriate, as it laughs in the face of death. It takes the act of dying and kind of turns the whole thing into a joke.

But I've always found the whole thing kind of refreshing. Granted, Prine wrote it when he was in his 20s, so would he still find it funny? I've seen video of him performing it in recent years, so I'm going with yes.

So, if you want to laugh in spite of this nationwide disaster we're facing, this is your chance.

People might judge you, but who cares? It can only help with your social distancing.

Stay healthy and safe out there. And pray for John Prine.